Barack Obama’s half-brother Malik will show his support for Donald Trump at the third presidential debate on Wednesday.

The Kenyan-born man, who is also a U.S. citizen, announced in July he would vote for the Republican nominee. Now he tells the New York Post he is “excited” to attend the debate in Las Vegas and believes Trump “can make America Great Again.” Trump tells the Post his guest “gets it far better than his brother.”

The Trump campaign confirmed to TIME that Malik would be the candidate’s guest.

Malik told the Post he does not believe the women who have come forward to accuse Trump of sexual misconduct, asking, “Why didn’t they come forward before?” He found fault with Hillary Clinton’s work as Secretary of State, claiming that Muammar Gaddafi had been a friend and adding, “Check out the situation in Libya now.”

He says his most recent visit with his half-brother at the White House in 2015 was a “hands-off kind of thing, very businesslike, very formal.” Malik has expressed resentment that Barack Obama has not helped him with his foundation to support the family’s village of Kogelo, Kenya. In 2013, he unsuccessfully ran for governor of the western Kenyan county of Siaya. 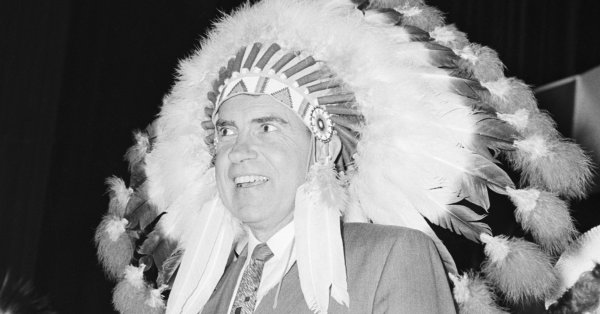 How Donald Trump Changed the Meaning of Gaffes
Next Up: Editor's Pick