You Asked: What Causes a Miscarriage?

Any discussion of miscarriage should start with the stats, which are eye opening.

Most Americans think lost pregnancies are rare, according to surveys, but the reality is that up to 1 in 3 pregnancies will end in miscarriage, experts say. Add in the pregnancies that fail before a fertilized egg becomes implanted in the womb, and the numbers jump as high as 50%, according to the National Institutes of Health.

“Human conception is one of the most ineffective conceptions in nature,” says Dr. Yadava Jeve, a gynecologist and fertility researcher with the UK’s University Hospitals of Leicester. There’s a great deal that can—and does—go wrong that will result in a lost pregnancy, his research shows.

Experts including Jeve break down miscarriages into two categories. The first, sometimes called “sporadic” or “spontaneous” miscarriage, refers to when women lose one or two pregnancies in a row.

Jeve says the majority of sporadic miscarriages are attributable to unpreventable “chromosomal abnormalities.” In many cases, a new embryo will have more or fewer than the 23 chromosome pairs it’s meant to have. “It’s nature’s mechanism to miscarry those embryos, which are not destined to develop into a healthy fetus,” he says. The risk for chromosomal abnormalities goes up as a woman ages. “But no one’s sure just why that is,” says Dr. Richard Bronson, director of reproductive endocrinology at Stony Brook University.

The quality of a man’s semen also seems to play a role. “Poor sperm quality can be the cause [of miscarriage] in about 6% of couples,” says Dr. Gavin Sacks, an obstetrician and researcher with IVF Australia. But there are probably multiple factors that, together, result in a lost pregnancy, he adds.

What you won’t hear from fertility experts, at least when it comes to miscarriage, are warnings about caffeine, stress, poor sleep or any of the other behavioral factors people often point to when trying to explain a lost pregnancy. While living a healthy lifestyle is linked to better odds of becoming pregnant and healthier babies, the ties between unhealthy behaviors and miscarriage are absent or dubious.

“I think caffeine consumption is the thing I’m asked about most,” says Emily Oster, a Brown University economist and author of Expecting Better, a book that includes a data-driven analysis of the hard evidence—or lack thereof—linking caffeine, stress and other behaviors to higher rates of miscarriage.

Oster says there’s no reason to think a cup or two of coffee could trigger a miscarriage. “A little caffeine is clearly safe,” she says. It’s more difficult to know if pounding cup after cup of coffee all day long could be harmful, she adds. But even then, caffeine’s links to miscarriage are uncertain.

The current research suggests the same is true of stress. Oster says suffering the loss of a parent or loved one—a very significant emotional trauma—is something researchers are looking into. But run-of-the-mill stresses from work or a busy home life are not going to lead to a lost pregnancy.

Even when it comes to smoking and drinking, ties to miscarriage are “tenuous,” Oster says. But beyond a lost pregnancy, there are established links between drinking during the first trimester and fetal alcohol syndrome, and smoking and issues like cleft palate, that make avoiding both a responsible choice.

To sum all this up, the notion that an expectant mother does something to trigger a miscarriage is just not backed up by science. “When people ask, ‘What could I have done?’ the answer is nothing,” Oster says. “That’s kind of a terrible thing, but it really seems to come down to genes and chance.”

Sacks agrees. “Even if they were smoking, drinking, overweight…I wouldn’t say their activities ’caused’ it,” he says.

For women who experience “recurrent” miscarriages—three or more consecutive lost pregnancies—the underlying causes are a little different, but the fact remains that lifestyle choices aren’t to blame.

Along with chromosomal abnormalities, structural problems with the uterus could lead to repeated lost pregnancies, Bronson says. Infection, thyroid problems, genetic mutations, hormone imbalances or immune system issues could also explain multiple miscarriages. But even for women who experience four lost pregnancies in a row, the chances of eventually having a successful pregnancy are still above 50%, he says.

“I think the biggest message here is that we need to talk more openly about miscarriages and how common they are,” Oster says. “This topic is stigmatized, and there’s this idea that you should keep it secret, and so you don’t realize how many people it’s happening to.” 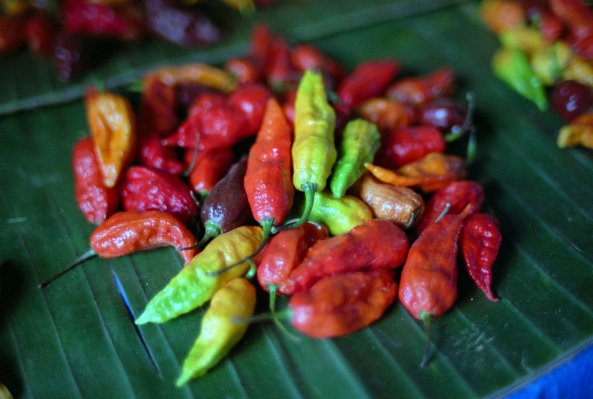 A Man Ate a Ghost Pepper So Hot He Ripped a Hole in His Esophagus
Next Up: Editor's Pick