'Red Dead Redemption 2' Confirmed for PlayStation 4 and Xbox One

Well that was quick: After a few days of teasing pretty much dead giveaway imagery for a Red Dead sequel, studio Rockstar Games has gone and confirmed Red Dead Redemption 2.

As speculated, the followup won’t switch the word following “Red Dead” and instead just increment an integer, lending credibility to further speculation that this is going to tie back to the tale of John Marston as a prequel detailing the rise and fall of the disbanded gang you had to stalk in the last installment.

Rockstar’s saying little of substance about the game, simply calling it “an epic tale of life in America’s unforgiving heartland” and adding that its “vast and atmospheric world will also provide the foundation for a brand new online multiplayer experience.” Cue the hand-wringing op-eds about the potential pitfalls of Rockstar taking the game online.

Don’t look for it anytime soon, however. Rockstar says it won’t be out until Fall 2017 for PlayStation 4 and Xbox One. But Rockstar says it’ll release a game trailer, which with these art shots will presumably lay to rest speculation about the game’s prequel/sequel status, on Thursday, October 20, at 11:00 a.m. ET. 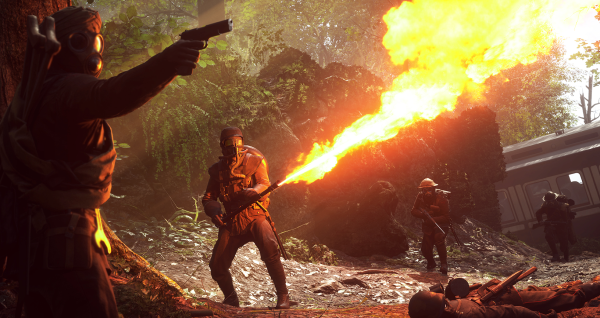 See Why 'Battlefield 1' Makes World War I Great Again
Next Up: Editor's Pick