President Barack Obama will need a new job in January, and he turned to Stephen Colbert on Monday night for some interview practice.

Colbert, in character as an office manager named Randy, gave the President some advice on sharpening his interview skills, using social media and reaching millennials. “Fifty five—tough time to start over for a man,” said Colbert, referring to Obama’s age and inquiring about why he hadn’t been promoted in eight years.

“I’m leaving because it’s required by the 22nd amendment of the United States Constitution,” Obama said.

“OK, little tip: When you say staying at your job would be unconstitutional, what employers hear is that you stole office supplies,” Colbert quipped, before cracking a joke about birtherism, asking where Obama was born and if his resume was “the longest form of this resume available.”

Colbert also gave Obama a choice between two snacks that might ring bells for followers of the presidential election. “I have two choices for you here,” Colbert said. “Would you care for an extra fiber nutrient bar, which has traveled to more than 100 countries, or this shriveled tangerine covered in golden retriever hair, filled with bile that I wouldn’t leave alone with the woman I love?”

“I think I will go with the fiber nutrient bar,” Obama said. 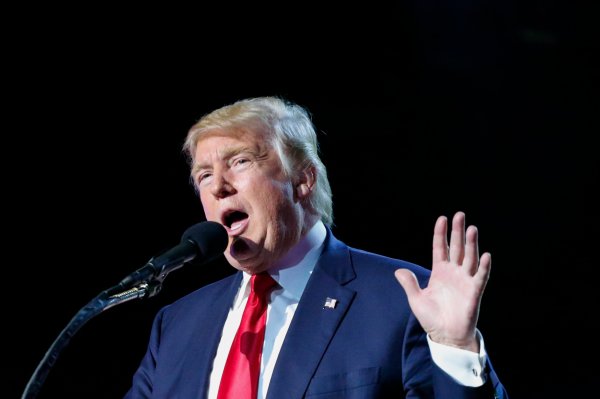