Ireland Grapples with the Thorny Issue of Repealing an Abortion Ban

Demonstrators hold placards and candles in memory of Savita Halappanavar, whose doctors allegedly refused to perform an abortion because it was against the laws of the Catholic country, in Dublin on Nov. 17, 2012. The Indian woman, who was 17 weeks pregnant, repeatedly asked the hospital to terminate her pregnancy because she had severe back pain and was miscarrying, her family said.
Peter Muhly—AFP/Getty Images
By Jennifer Duggan

Ninety-nine Irish citizens from across the country travelled to the center of Dublin on a recent Saturday to begin an unusual exercise in democracy. Known as the Citizens’ Assembly, the randomly selected group has been tasked with discussing and making recommendations on one of the country’s most contentious and politically and socially divisive issues — its restrictive abortion laws.

Sitting in rows amid gold columns in the royal blue grandeur of the hall where Ireland’s presidents are inaugurated, they were thanked by Taoiseach [Prime Minister] Enda Kenny for their “civic generosity and courage” for taking part in the forum that will consider a matter “deeply complex, hugely challenging and profoundly ethical.”

Over the next year, the group made up of people of different ages and backgrounds, brought together with the aim of broadly representing the Irish electorate, will discuss a number of topics including the issue of Ireland’s aging population, fixed-term parliaments and climate change. But it is the eighth amendment to Ireland’s constitution, which effectively criminalizes abortion, that will be the first order of business — deciding whether or not the country should vote on scrapping it completely.

Ireland has some of the most restrictive abortion laws in Europe. The eighth amendment gives equal right to life to the unborn, and terminating a pregnancy is only allowed in extremely rare circumstances where the mother’s life is in danger. “Ireland is peculiar if not unique in having an expressed provision in its constitution to make abortion illegal except in circumstances it can be medically established the life of the mother is at risk,” says Noel Whelan, a political analyst. It was added to the constitution in the early 1980s, with a large majority voting in favor of it in a national referendum.

Now, its legality is in question. The U.N. Human Rights Committee in July this year called for Ireland’s abortion laws to be reversed after it ruled that a woman who had been carrying a fetus with a fatal abnormality had been to subjected to discrimination and cruel and inhuman or degrading treatment due to the abortion ban.

The U.N. case focused on Amanda Mellet, who was 21 weeks pregnant in November 2011 when she was told that the fetus had congenital defects and would die in the womb or shortly after birth. She travelled to the U.K. for an abortion but had to return to Ireland 12 hours after the procedure as she could not afford to stay longer. The ashes of the fetus were later delivered to her by courier. Mellet went on to form an advocacy group urging for the legalization of abortion for medical reasons.

Protestors hold pictures of Savita Halappanavar, an Indian woman who was allegedly refused a pregnancy termination after doctors told her it was a Catholic country, as they gather outside the Parliament building during a demonstration in favor of abortion legislation in Dublin on Nov. 14, 2012.
Peter Muhly—AFP/Getty Images

Another case is regularly cited by activists as evidence of the law’s cruel side effects. Savita Halappanavar, an India-born woman who was living and working in Ireland, was 17 weeks pregnant in 2012 when she was admitted to hospital and found to be miscarrying. She requested a termination but was refused because there was still a fetal heartbeat and therefore it was not allowed under Irish law. Due to complications she developed severe sepsis and died in intensive care. An expert witness at the inquest into her death said she mostly likely would have lived if she had been given a termination as she had requested.

The eighth amendment was added to the constitution at a time when social conservatives in the country were especially energized by changing social mores. A court case had ruled that married couples were permitted to import contraceptives for their own use; they were illegal in Ireland at the time.

Over 30 years on, and social mores in Irish society are much changed. With an increasingly secular population, the influence of the Catholic Church has waned. Younger generations have been pushing much of the change in Ireland, away from its conservative Catholic past to a more progressive future. Last year, Ireland became the first country in the world to approve same-sex marriage by popular vote. It was voted in by an overwhelming majority and was seen as a dismantling of the control of the Catholic Church. It was young people who got involved and mobilized who ensure it was passed, said Ruth Coppinger, a Dublin lawmaker associated with the Socialist Party. “It was a political movement.”

That youth political movement is mobilizing once again, this time around the issue of the eighth amendment, and that movement is gaining momentum. Earlier this month, over 20,000 people marched in the rain through Dublin city center calling for the amendment to be repealed. The campaign has been noisy and creative with black sweatshirts bearing the word ‘Repeal’ a popular sight on Dublin’s streets.

Yet success is far from inevitable. While Ireland is moving away from the tether of the Church, it is still a predominantly Catholic country and the church’s teachings and ethos on abortion run deep through society. “The abortion issue is much more complicated and politically much more difficult than the marriage equality one,” said Whelan.

A slim majority appear to be in favor of allowing abortion in certain circumstances, but polls suggest a vote for abortion on demand would likely fail. According to a recent opinion poll in the Irish Times, 55% said the eighth amendment should be repealed to allow for limited access to abortion in the cases of rape and fatal fetal abnormality while just 19% said it should be repealed to allow for abortion in all cases. Any referendum on the eighth amendment would be bitter and divisive. “It is probably going to be the most complex difficult and contentious political and social issue of a generation,” said Whelan.

Hence the Citizens’ Assembly, created by the government partly to pave the way for a potential referendum on repealing the eighth completely, or replacing it with something else. It has already come in for a lot of criticism on both sides of the abortion debate. Cora Sherlock, a representative of the anti-abortion campaign, described it as “a pretend process with a prearranged outcome” — that is, of dismantling the case against a public vote. “It has a political aim and that aim is to pave the way for a referendum,” she added.

Others say it is purely a way for the current minority government to avoid dealing with a divisive issue that will alienate older voters. The Citizen’s Assembly will not return its recommendations until the first half of 2017 and then a parliamentary committee will have to consider its report. It could be 2018 before a referendum is held — with plenty of opportunities for the can to be kicked along the road.

“The Citizens Assembly was designed to delay the issue falling into the lap of the government ever having to deal with it,” says Coppinger, who this week brought a motion before the Dail (the Irish parliament) calling for a referendum on repeal of the eighth amendment now.

It was due to go before lawmakers on Tuesday, but the main coalition party Fine Gael joined with independent ministers to back a counter motion. After days of negotiations, the unstable minority government reached an agreement just hours before the debate not to accept the bill until the Citizens’ Assembly had finished its work.

The 99 randomly selected citizens will begin deliberations later this year, but the battle lines were drawn by parties on both sides of the issue some time ago. In August, a contestant in the Rose of Tralee beauty pageant, Brianna Parkins, said during the contest that she would love to see a referendum on the eighth amendment. Afterwards the national broadcaster that airs the pageant received a number of complaints and Parkins said she later received threats and abuse on social media, as well as messages of support. Photos of fetuses and down syndrome children are regularly sent to those who back the legalization of abortion.

Those on the other side could be seen at the Dail on Tuesday. Protestors spilled out on to the road, stopping traffic and calling for abortion to be made legal. Many chanted “not the church, not the state, women will decide their fate,” and “get your rosaries of our ovaries.” Inside, Richard Boyd Barrett of the People Before Profit Party accused a “Catholic Taliban” of making women’s decisions for them. The health minister was heckled as he made his statement.

The media was urged not to photograph the Citizens Assembly as it met for the first time earlier this month, but it will come under huge scrutiny as the debate continues to heat up. The stakes are high. Their work, says Ireland’s leader, will “affect — indeed profoundly affect — how we live our individual lives and our national life in the Republic of Ireland in the years to come.” 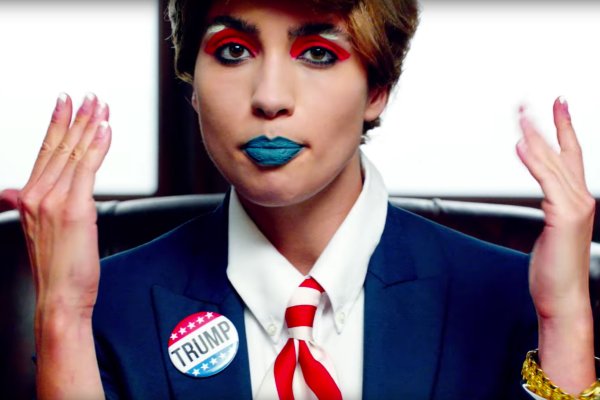