This is a closeup satellite image of the Topside detention camp in Nauru taken on July 24, 2013.
DigitalGlobe/ScapeWare3D—DigitalGlobe/Getty Images
By Kevin Lui

Amnesty International’s condemnation of Australia’s practice of holding asylum seekers arriving by sea in offshore detention centers on Nauru as “torture” in an “open-air prison” has attracted the ire of the country’s Prime Minister.

Based in part on field visits conducted in July and interviews with 58 detainees on the island, the Amnesty report claims that asylum seekers detained in the Pacific island nation were susceptible to attacks by locals and guards alike, did not receive adequate medical attention and were suffering from a wide range of mental health conditions. The report, published Monday, also says that attempts by detainees to harm or even kill themselves were “shockingly commonplace.”

The human rights group says that the appalling conditions in the detention center are part of an Australian policy “designed to be punitive” for asylum seekers arriving by sea, and that it amounts to “torture,” alleging that the country may have violated the U.N.’s 1951 Refugee Convention by pursuing this line of action.

Turnbull, in turn, called his government’s commitment “compassionate” and “strong” in the ABC interview.

Australia has kept the situation in so-called regional processing centers — one on Nauru and another now-closed centre on Papua New Guinea’s Manus Island — shrouded in secrecy, rarely granting access to journalists. The Guardian notes that conditions in these camps have attracted routine criticism across the international community, from different U.N. agencies to foreign governments and NGOs like Amnesty and Human Rights Watch.

In August, leaked confidential documents revealing the extent of physical and sexual violence in the detention centers — obtained and published by the Guardian but not verified by TIME — led to vigorous denials from Australia and Nauru. 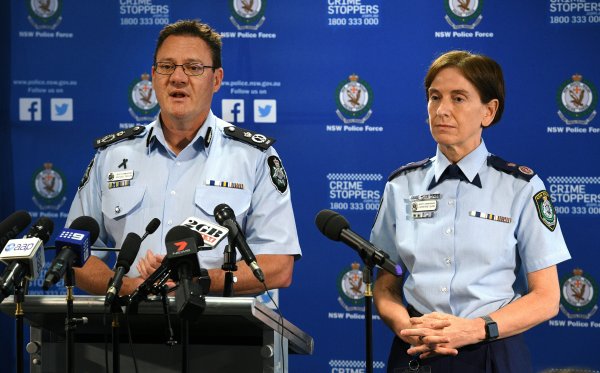