Several Samsung Galaxy Note 7's lay on a counter in plastic bags after they were returned to a Best Buy on September 15, 2016 in Orem, Utah.
George Frey—Getty Images
By Michelle Toh / Fortune

The combusting batteries of Samsung’s beleaguered Galaxy Note 7 smartphone that led first to a recall and later to an all-out product discontinuation were reportedly safety tested at the tech giant’s internal facility.

While the South Korean giant’s lab was certified by the CTIA, a trade organization that oversees and approves the safety standards manufacturers apply to phones that go on sale with America’s biggest wireless carriers, Samsung is the only such manufacturer to use internal battery testing facilities for the certification, the group told The Wall Street Journal in a report published Monday.

Some experts in the battery testing industry said that while self-testing could lead to conflicts of interest, it’s common practice for manufacturers to prefer in-house facilities, as it allows them to better protect proprietary information and speed up the release of their products.

But Tom Sawanobori, chief technology officer at the CTIA, told the Journal that test labs are usually separately operated. He emphasized that the association runs quality checks on facilities to ensure that manufacturers are compliant with the standards of the Institute of Electrical and Electronics Engineers.

Apple reportedly uses outside labs to test its batteries, while Lenovo’s Motorola says it uses its own facility to conduct testing and later sends out the components to third parties for CTIA certification. Other big players like Huawei Technologies and Nokia, owned by Microsoft, haven’t disclosed the details of their testing processes.

As Samsung works to pinpoint exactly what went wrong with its fire-prone phones, the report that it self-tested its batteries could cast a pall over the already-gloomy investigation, which involves an examination of both the original and replacement Note 7s, and so far appears to have yielded few clues.

It could also potentially raise doubts about the safety of future products in Samsung’s pipeline. As reports of the failed flagship phone continues to dominate the news cycle, the device has been prohibited from air travel in a rising number of countries and banned from mail delivery in at least the U.K. Samsung said on Thursday it was expecting another $3 billion blow to its operating profit after scrapping the smartphone for good, bringing its total losses over the Note 7 to more than $5 billion.

Investors pressing the company for answers as shares dropped to a one-month low last week appeared to echo analysts’ concerns that the manufacturer’s problems will continue without a clear explanation of what happened, even when it launches a new model.

“It’s good that Samsung made a firm decision on the Note 7, but people are concerned about the situation because people don’t know what the problem is,” Kim Hyun-su, a fund manager at IBK Asset Management, which owns shares in Samsung, told Reuters.

“There needs to be explanation from Samsung in order for consumers to understand that problems won’t occur in the next models.”

Samsung says it is “working around the clock” to identify the cause of the battery problem. An official for the Korean Agency for Technology and Standards, which is also investigating the Note 7, told Reuters on Wednesday that the problem in the replacement phones may not be the same as that of the original devices.

Samsung declined to comment to the Journal on whether it would employ outside labs to test batteries for future phones. 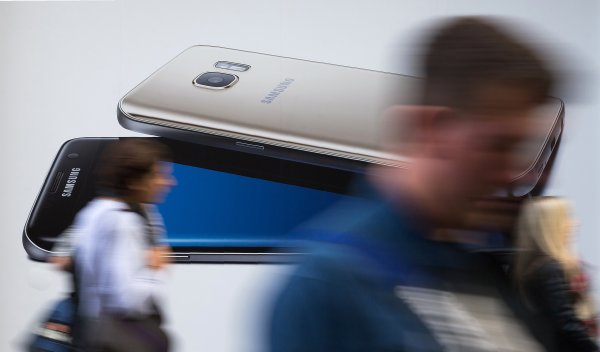