Obama smiles as students take photos on their cell phones during a speech at Benjamin Banneker Academy High School in Washington, on Oct. 17, 2016.
Anadolu Agency—Getty Images
By Maya Rhodan

More kids in the U.S. are graduating from high school than ever before, as the national graduation rate has risen to 83.2%.

The White House says the increase in graduation rates is a reflection of the progress the country has made to better prepare students for life after high school. “Having a higher graduation rate marks considerable progress,” Education Secretary John King said on a conference call Monday, though he says there is more work to do to ensure students are prepared for college and career after high school.

Speaking at Banneker, which had 100% graduation rate last year, the president said the progress we’ve seen is due to the work of teachers, students, and investments in early childhood education. According to the Washington Post, the D.C. graduation rate reached an all time high in 2016 with 69% of seniors earning their diploma within four years. The president stressed the importance of getting an education after high school reminding students to fill out the federal student aid form called FAFSA, which students access money for college.

“Bottom line is higher grad rates, higher college attendance rates…working to expand early childhood education and preschool—we’ve made a lot of progress in terms of making sure that young people around the country can get the kind of education you’re getting here at Banneker,” Obama said, adding that there’s work to do.

“We all have a part to play in making sure every single child has every single opportunity to achieve his or her dreams,” he said. 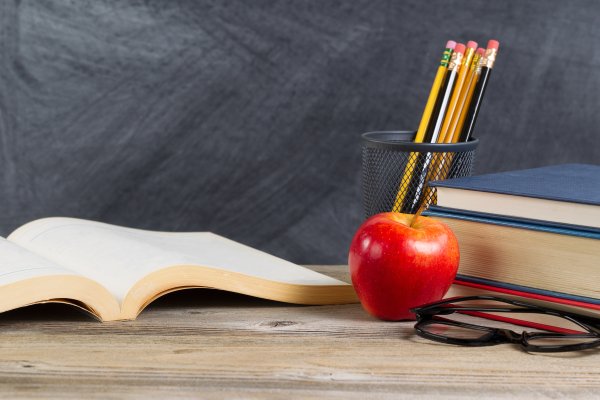 Students of All Races Prefer Teachers of Color, Study Finds
Next Up: Editor's Pick