Diplomats are frantically seeking news of several employees of Australian gaming corporation Crown Resorts, who were reportedly arrested last week for trying to attract Chinese high rollers to play Down Under.

Eighteen people on Crown Resorts’ marketing team in China, including three Australians, are believed to have been detained since late last week in a crackdown on gambling marketing activities, reports the Australian Broadcasting Corp. (ABC).

One of the Australians detained has been identified as James O’Connor, Crown’s head of international VIPs, who was held shortly after his arrival in Shanghai for a business trip. China’s Foreign Ministry says that the staff have been detained for “gambling crimes.”

China bans the promotion of gambling activities, which carries a penalty of up to 10 years in prison. The Australian newspaper reports that foreign casino operators like Crown circumvent the restriction by instead marketing the hotels, restaurants and other entertainment facilities attached to their casinos.

Neither Crown nor family members have been able to get in touch with the detainees so far, the ABC reports, but Australia’s Foreign Ministry said it was “aware” of the detentions when they were made last Thursday and Friday.

Last June, China also detained 13 people from South Korea and 23 Chinese nationals on similar charges, the Australian reports. They were working on behalf of casinos on the South Korean resort island of Jeju.

In addition to its casinos in Australia, Crown has a joint-venture operation in Macau, the only Chinese territory where casinos can operate legally. However, as China continues to crack down on money laundering and corruption by officials, gambling revenues in the former Portuguese outpost have been nose-diving for the past few years.

The ABC reports that the crackdown may impact Crown’s plans for a new casino in Sydney. News of the detentions sent Crown Resorts shares tumbling by 10% during Monday trading on the Australian bourse. 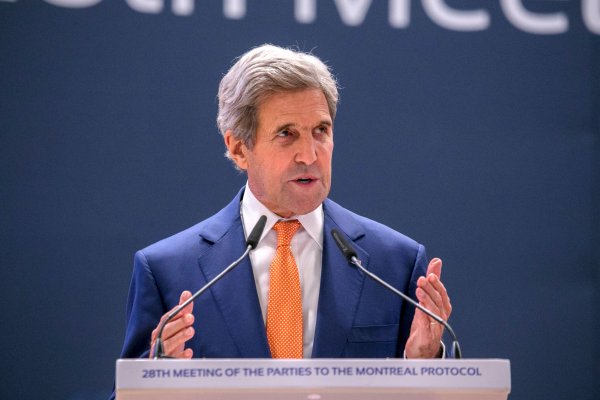 Countries to Limit Global Warming-Causing Pollutant
Next Up: Editor's Pick