Meet the Only First Lady Before Melania Trump Not to Have Been Born in the U.S.

Louisa Catherine Adams (1775 - 1852), the wife of the sixth President of the United States of America, John Quincy Adams. Painting by GR Leslie and engraved by GE Storm, circa 1800.
Hulton Archive—Getty Images
By Olivia B. Waxman

With Donald Trump’s victory on Election Day, Slovenia-born Melania Trump moves into line to be the second-ever First Lady of the United States to be born outside of the United States. London-born Louisa Adams, wife of sixth U.S. president John Quincy Adams, was the first.

Adams was born Louisa Catherine Johnson, in London, to an American merchant father and English mother on Feb. 12, 1775—just two months before the first shots of the Revolutionary War are fired at the battles of Lexington and Concord in Massachusetts. The family moved to Nantes, France, when she was 3 because her father “was a proud American patriot unafraid to show his allegiance, which meant that it became neither safe nor profitable or him to live” in London, as explained by Louisa Thomas’s biography Louisa. Incidentally, it was there that they entertained John Adams and his son John Quincy Adams, then about 4 years old.

Louisa and John Quincy Adams met again when she was in her early 2os, while he was a diplomat serving as America’s representative to Holland, during another dinner hosted by her father. They wed on July 26, 1797, but John Quincy didn’t tell his parents John and Abigail Adams, knowing they wouldn’t approve of the marriage, according to Nancy Hendricks‘s America’s First Ladies: “John Adams objected to his son John Quincy marrying someone born in another country, especially one with whom the United States had recently been at war,” while Abigail would refer to Louisa disparagingly as “The English Bride.”

The young Adams couple would not have a happy marriage. While Louisa did follow John Quincy to St. Petersburg when he was appointed Minster to Russia and lived in Berlin when he was appointed Minster to Prussia, he would often leave her alone, even as she struggled with miscarriages. When John Quincy was sent to negotiate the Treaty of Ghent to end the War of 1812, he famously told her to meet him in Paris, leaving her to pack up their home in Russia and trek there by carriage with their 7-year-old son and a few servants in the middle of winter.

Despite their differences, she worked hard to get him elected President in 1824. She threw Andrew Jackson a party in the hopes that the war hero would agree to be Adams’ running mate—which didn’t work out, as Jackson ended up running for President himself, leading to a disputed result in which Jackson won the popular and electoral-college votes but failed to get the required majority. When John Quincy Adams ended up president through a so-called “corrupt bargain,” Louisa was apparently “disappointed” and “depressed” that his rise to the White House was marred by scandal.

During the second Adams administration, the coal-burning heat at the White House gave the First Lady respiratory problems, and her relationship with her husband further disintegrated. She is said to have distracted herself by binge-eating chocolates, writing poetry and plays about a “repressed” female character who was supposed to represent herself, and by raising and harvesting her own silkworms for sewing. She was also considered the first First Lady to respond in print to “false accusations” in the press when she wrote an op-ed for Mrs. A.S. Colvin’s Weekly Messenger denying that her husband arranged for their children’s nursemaid to have an affair with the Czar of Russia in exchange for diplomacy favorable to U.S. interests.

When Adams was elected to Congress after losing his bid for a second term as president, Louisa used her position to support abolitionist causes, organizing the anti-slavery petitions sent to his office. She also privately argued for women’s rights, particularly in correspondence with Sarah Grimké, author of Letters on the Equality of the Sexes and on the Condition of Women.

A few years before her death in 1852 at 77, she wrote, “Now I like very well to adopt my husband’s thoughts and words when I approve of them, but I do not like to repeat them like a parrot. When my husband married me, he made a great mistake if he thought I only intended to play an echo.” As historian Lewis L. Gould argues, she was hardly a modern feminist—she didn’t believe women should show their ankles in public—but in some respects she was ahead of her time. At the very least, as historian Amanda Mathews told C-SPAN, she was “a woman who saw more of the governments of the world than most women of that day, in London, in Berlin, in St. Petersburg, in Washington.”

As perhaps befits a First Lady who began her life abroad, no other woman in that position would see so much of the world until the 20th century. 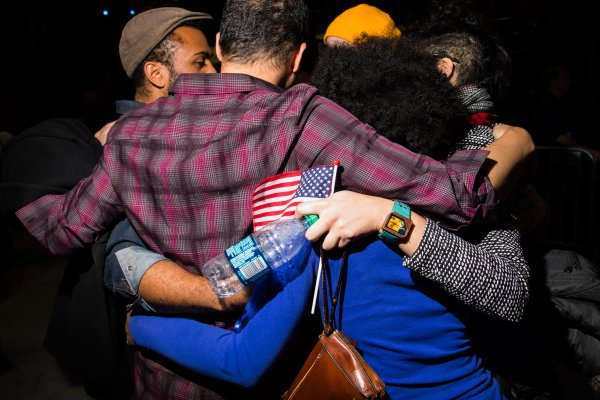 How to Heal America's Splintered Soul
Next Up: Editor's Pick