will.i.am voiced his support for Hillary Clinton with a new song released on Funny Or Die.

In a music video called “GRAB’m by the P—y” in reference to Donald Trump’s lewd comments about women in a leaked 2005 video, the artist impersonates Trump, shrugging and shaking his head as a woman demands respect.

will.i.am’s Trump is unable to answer basic questions lobbied at the presidential candidate about current issues, including the Syrian crisis and the war in Afghanistan.

At the end of the song, will.i.am appears as himself to declare support for Clinton.

“Donald Trump does not look like the president of the United States of America, nor should he be,” he said. “If this was a TV show, maybe I would watch it, it would be pretty funny…this is real life with real life problems.” 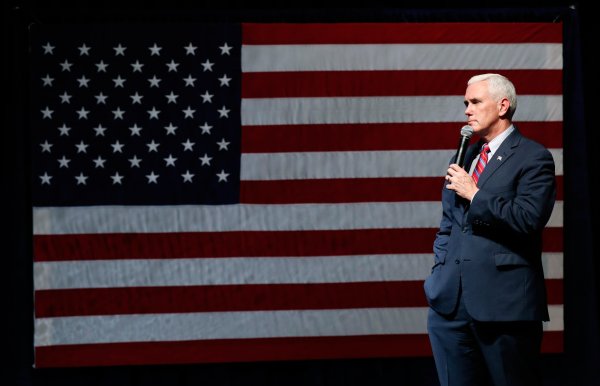 Mike Pence: 'We Will Absolutely Accept the Result of the Election'
Next Up: Editor's Pick