Speaker of the House Paul Ryan issued a rebuke of GOP presidential nominee Donald Trump Saturday, criticizing comments that question the validity of the electoral process.

In a statement, a spokesperson for the highest-ranking elected Republican said Ryan is “fully confident” in the nation’s elections system. It comes on the heels of Trump’s claims that the election is “rigged” against him by “globalist elites,” elements of the federal government, and the press.

“Our democracy relies on confidence in election results, and the speaker is fully confident the states will carry out this election with integrity,” said Ryan spokesperson AshLee Strong.

In recent days Trump has laid out increasingly far-fetched visions of plots to undermine his candidacy. The descent into the realm of conspiracy theories comes as Trump struggles to account for his declining poll numbers and to divert attention from a series of allegations of sexual misconduct against him.

“It’s a rigged system,” he repeated over and again of the election Saturday at a rally in Bangor, Me.

Trump’s attempt to undermine the legitimacy of the Nov. 8 result comes as U.S. government officials believe the Russian government is engaged in a similar effort through its extensive hacking of Democratic Party officials and several state election systems.

In a statement Saturday, Clinton campaign manager Robby Mook fired back at Trump’s allegations that the race would be fixed. “Campaigns should be hard-fought and elections hard-won, but what is fundamental about the American electoral system is that it is free, fair and open to the people,” he said. “This election will have record turnout, because voters see through Donald Trump’s shameful attempts to undermine an election weeks before it happens.”

The Ryan statement marks the latest split between Ryan and Trump. The speaker was slow to endorse Trump on account of his list of controversial comments and unorthodox positions for a Republican nominee. After the release earlier this month of Trump’s lewd comments about women, Ryan told his conference that while he still supports the nominee, he would not campaign on Trump’s behalf. Ryan also signaled that he has little faith in Trump’s ability to win the White House and encouraged his members to do what they need to win the own seats, even if they have to break with Trump. Trump fired back at the Speaker, calling him a “very weak and ineffective leader.” 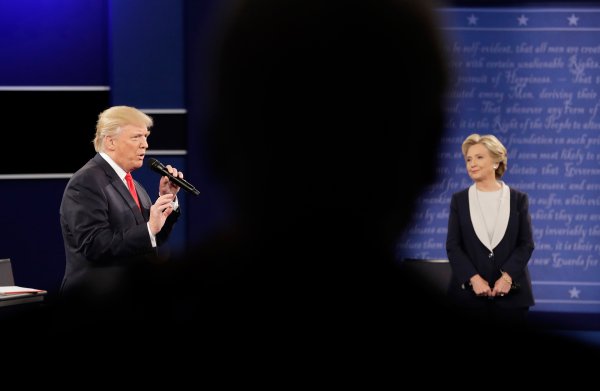