“There goes the neighborhood,” Wilde wrote. “Daisy Josephine Sudeikis. Born, like a boss, on #internationaldayofthegirl.”

Daisy will round out the new family of four, joining 2-year-old big brother Otis Alexander.

Wilde, 32, took to Instagram in April to announce the upcoming arrival of her second child, with a sweet black-and-white photo of herself and Otis holding their “matching baby bumps.” Since she let the cat out of the bag, the Vinyl actress has been using the popular social media app to regularly share photos of her belly progress.

She also spoke to PEOPLE in June about the awesome way being pregnant (but not super pregnant yet) made her feel.

“There’s something really beautiful about pregnancy,” she said. “It is a time when you feel very connected to your body so right now — not having reached the point where I am definitely physically pregnant — Ifeel beautiful being in that space.”

In September, Wilde announced that the couple would be expecting a girl in a tweet supporting Democratic presidential candidate Hillary Clinton.

“As someone who is about to have a daughter, this hits me deep in my core,” she tweeted.

Sudeikis, 41, couldn’t be happier to be on the parenting journey with Wilde,telling PEOPLE at the Toronto International Film Festival in September (CHANGE TO “EARLIER THIS MONTH” IF BABY IS BORN IN SEPT.) that he’s grateful he’s “with the right person” for it.

“When I look at Olivia and the way that she pulls off all these things — it’s gonna be easy for [Otis] to grow up in a house of love and respect because I feel that way about his mom,” said the actor, who was at the festival to promote his new film Colossal, costarring Anne Hathaway. 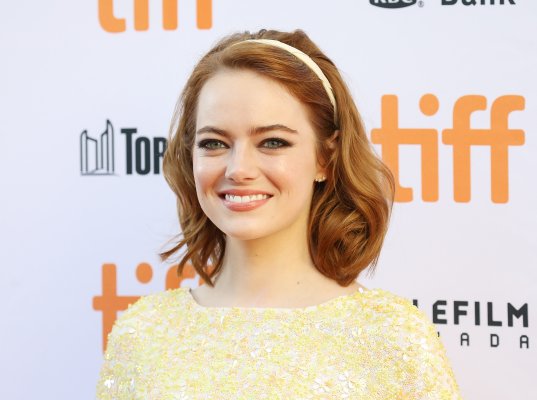 Emma Stone Once Played Backup Tambourine for Prince
Next Up: Editor's Pick