Republican presidential nominee Donald Trump fired off his latest salvo against Democratic rival Saturday, suggesting Hillary Clinton was under the influence of drugs during the last debate.

Offered without evidence during a campaign rally in Portsmouth, N.H., Trump said that he and Clinton are “like athletes” and should undergo drug tests before the final debate on Wednesday.

“We’re like athletes,” he said. “So athletes…they make them take a drug test. I think we should take a drug test prior to the debate,” he continued, adding, “Because, I don’t know what’s going on with her.” He added that he would submit to such a test.

Speaking of Clinton’s performance in Sunday’s debate in St. Louis, Trump claimed her performance was uneven and suggested she was under the influence of some sort of substance. “She was all pumped up at the beginning and at the end, it was like, ‘take me down,'” Trump said. 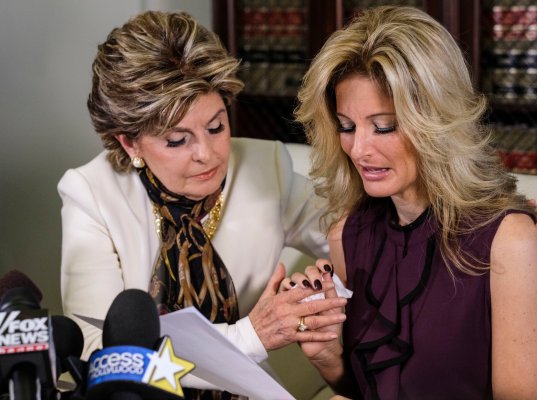