An Le
By Raisa Bruner

For singer, songwriter and producer Brad Walsh, every song is a chance to tell a story—one that goes beyond the “homogeneous, lyric-less, and inspiration-less” landscape of contemporary pop music, as he sees it. So Walsh, who has been composing the soundtracks to fashion designer (and husband) Christian Siriano’s runway shows for over ten years, set out to create a deeply personal “guerrilla pop” album. Six Infinite (out Oct. 28) tells a series of dark-edged stories about love and friendship over layered, haunting electronica beats. Walsh is a self-taught producer who references dark, emotional pop artists like Robyn and Grimes as inspiration, alongside ‘90s favorites Tori Amos and Alanis Morissette. And although his modern sounds may not always evoke the ’90s, he sees it as a “link” in the same musical chain.

“Show me what you cannot say,” he pleads in the melodic “Come Into My World,” premiered here on TIME. “Treat me like a wise old sage / you can ask me anything / I won’t talk down to you.” And neither will his music. Read on for TIME’s conversation with Walsh about the album, which was five years in the making.

TIME: How did this album come to life?

Brad Walsh: Pop music used to be such a catalyst for more mainstream change. I just got so fed up with the general lack of empathy. Why is that not translating into art the way that it used to? The only genre of music that has anything real to say anymore is rap, and I am unskilled at rap. Pop and dance music is an excellent medium for something meaningful, because it gives you such an energy, a feeling. So why can’t the lyrics to that music have some meaning? There’s no such thing as a chorus anymore; there are barely any lyrics anymore. Where did the energy go? Where did the passion go?

What story does this album tell?

I had a really serious friend breakup three or four years ago, so the arc of the album story was pretty clearly along those lines; it was my Lemonade album about this ex-friend. And then it slowly changed. When you write a song, and a little time goes by, often the meaning can change even to the writer. A lot of this album came out of hurt. That can be better for a writer, better for an artist, to produce more authentic work.

What, specifically, inspired “Come Into My World?”

This is a love song to my then-boyfriend, now-husband [Christian Siriano]. I have a hard time with love songs and happy songs, so even in this love song there’s a bit of darkness. I almost wasn’t going to include it, but when I told a few of my friends I was going to drop it, I got so much pushback. Most of my friends were like, “that’s the one that people who don’t know you can get into.”

How would you describe your music?

I’ve always liked the term “guerrilla pop.” It’s chaotic, untrained, uninformed—born completely out of passion for what I’m doing. Out of this sort of organized ignorance that I have of how to produce in the first place. And somehow it works.

Who’s your audience, and how have they found you?

I have the fan base that I have completely because of word of mouth. I think that’s the new radio, especially with sharing of playlists on Spotify and curating on Pandora. I have some EDM, dance-y type songs on the album, but I can’t really imagine them being played at a club, because I feel like the lyrics are distracting. Maybe I’m the only person who tries to listen to lyrics at a club; I don’t know if that matters to people. I think the same thing of Robyn. She has a lot of great pop songs that are really danceable—but “Dancing On My Own” is a tragic, tear-jerker story.

How does your connection with Christian and the fashion world influence your music?

One of the things that Christian and I do very well together is put on a show. I’ve done the music for every single one of his shows he’s ever done. It’s his 20th season; we’ve done that many runway shows together. We were together before he won Project Runway, which was almost ten years ago now. We have great personal interactions with a lot of people we really admire. It’s very soul-nourishing. 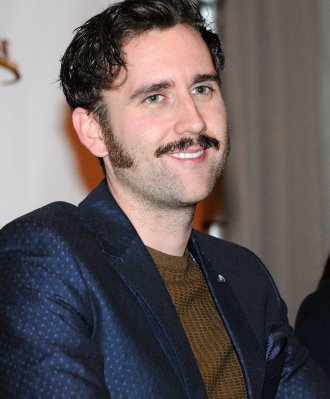