Last week, audio of Donald Trump and Billy Bush was leaked in which Donald Trump said he could “do anything” to women because he was famous. It is part of a long history of Trump saying demeaning, inappropriate, and potentially illegal things about women. See: Alicia Machado; Carly Fiorina; People writer Natasha Stoynoff; 14 year-old girls. And now Lindsay Lohan.

CNN uncovered a 2004 interview with Donald Trump and Howard Stern in which the two men discuss Lohan, who was 18 at the time. The men talk about Lohan’s appearance and how “wrecked” and “troubled” she was at the time. Stern asked Trump, “Can you imagine the sex with this troubled teen?” Obviously, Trump could. He responded, “She’s probably deeply troubled and therefore great in bed. How come the deeply troubled women, you know, deeply, deeply troubled, they’re always the best in bed?”

A representative for Lohan responded to CNN about Trump’s comments: “Right now, Lindsay is choosing to focus on the positive things happening in her life and has decided to disregard the comments made about her by Presidential nominee Donald Trump. She is focusing on helping children around the world in need and that’s where her passion is.”

First Lady Michelle Obama eviscerated Trump at a speech in New Hampshire, where she said, “It is cruel. It’s frightening. And the truth is, it hurts. It hurts. It’s like that sick, sinking feeling you get when you’re walking down the street minding your own business and some guy yells out vulgar words about your body.”

In his 2005 recording with Billy Bush, Trump proclaimed that because he was famous, he could “do anything” to women. Twitter user Rebecca Piazza just perfectly encapsulated the different between Hillary Clinton’s and Donald Trump’s perceptions of women being able to “do anything.”

All of this sexist speech is definitely not fetch. 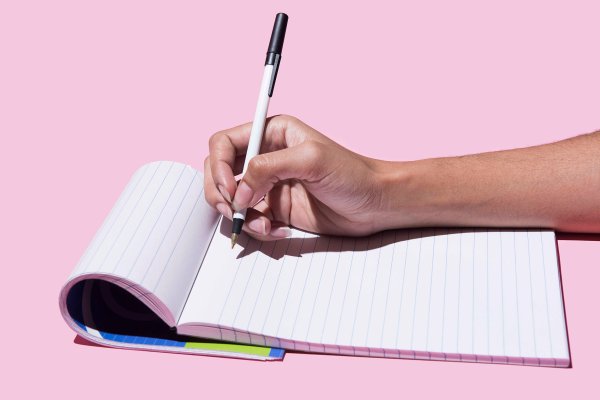 12 Things Successful People Do On Friday Afternoons
Next Up: Editor's Pick