Colin Kaepernick, quarterback for the San Francisco 49ers, walks on the field prior to the team's NFL game on October 6, 2016.
Ezra Shaw—Getty Images
Ideas
By Tavis Smiley

On Sunday, for the first time this season, Colin Kaepernick will start at quarterback for the San Francisco 49ers in their game against the Buffalo Bills. You can be sure that the attention surrounding his national anthem activism will be a major news story over the next few days. Most especially since earlier this week Supreme Court Justice Ruth Bader Ginsburg called his protest “dumb and disrespectful.”

But it was her comment that I found to be “dumb and disrespectful” and, moreover, an attempt to de-legitimize a protest over a song that has long been controversial to some, but is just now being analyzed for the very first time by many other fellow citizens who, quite frankly, sing it just because they have been taught and told to do so.

I’ll get back to Kaepernick in a moment. But first, the judge.

In America, Supreme Court justices come closest to the idea of philosopher kings. The only problem is that justices are lawyers—not philosophers. Plato spent his life trying to build a just city, and sadly, by the end of his life, he came to realize that only laws, not dialectic, could restrain human savagery. By calling Kaepernick’s anthem protest “dumb”, Justice Ginsburg exemplifies Plato’s dilemma. The law can always be used as a last resort when every attempt at decency and dignity has failed, in part because the law has no soul. But what of the souls (like mine) who were offended and outraged by Justice Ginsburg’s dismissive rhetoric? There is a fine line between off-the-cuff and off-the-wall remarks, and this isn’t the first time the “Notorious RBG” has gone rogue in her public comments about politics and social justice, even though I have always had a healthy respect and high regard for her unassailable track record of defending the oppressed.

So, from where did this sentiment come? Is she watching the nightly news? Given the context of the anthem protest, it’s hard for me not to hear her words as racialized.

I hear her remarks as racial in the same way that our national anthem has racial overtones. Our national anthem was written by a guy, Francis Scott Key, who thought of black folk as the inferior race, owned slaves himself and used his legal skills to assist other slave owners who were trying to recapture their escaped slaves. The song itself is quite militaristic with all “the rockets red glare” and “the bombs bursting in air.” Is that what we’re celebrating here? Really? Is America about the right of might or the might of right?

Old traditions die hard, but from confederate flags to iconic statues of historical figures, we seem to be rethinking some of these old-line traditions. Has the time come to replace our national anthem?

Many of these national anthems strike me as mere tools for nascent jingoistic dominions. From the racialized French “Marseillaise” to the hegemonistic British “God Save the Queen,” we’re not alone. But we are America, and I believe we can do better.

Colin Kaepernick has become a symbolic figure because he has publicly challenged an allegory. The transition from allegory to symbol lies at the core of our modern era. His act is most assuredly more revolutionary than anything Donald Trump is cooking up for us come November 8. Trump’s idea is the beatification of these “traditions” as he promises to “make America great again.” When he heard about Kaepernick’s protest, his first response was typical toxic Trump: “Maybe he should find a country that works better for him.” For a guy always talking about protecting and preserving the Second Amendment, he must have skipped right past the first one.

The real tragedy is not disrespecting the anthem we cherish, but the ever-present danger, played out again and again, in even daring to raise critical questions about the anthem. We have been told as a self-evident truth that the city on the shining hill is a just city. It is not. At least not yet.

Too many black fellow citizens are, at worst, maltreated and slaughtered like animals and, at best, treated like things. The world has done the same to the Jews. At first, black folk in the U.S. were commodities; now, too many are just objects. The esteemed Jewish public intellectual and Holocaust survivor, Primo Levi, spoke powerfully about this reality. In the internment camps, Jews were treated as commodities and, very quickly, depending on their use, things. What do you do with a thing you no longer want or need? You put it away.

The U.S. has become a giant internment camp for Black folk—parked in shacks, miseducated in schools, stored in cell blocks and eliminated with impunity on a whim.

It is terrifyingly disturbing that Justice Ginsburg does not see Colin Kaepernick’s protest through this shared historical lens.

His and ours are tough questions in search of thoughtful answers. Not flippant ripostes from jurists who should know better.

As we enter the next wave of this debate about Colin Kaepernick’s national anthem protest, I’m less troubled about his taking a knee and more concerned with the condition of our hearts. Hearts that are hurting and in need of healing. 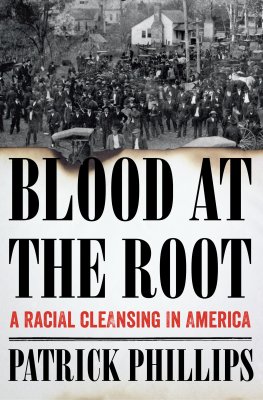 The South Must Confront Its Whitewashed History of Racial Cleansing
Next Up: Editor's Pick