Samsung Sacrificed the Note 7 to Save the Company

Ideas
By John Jacobs
Professor John Jacobs is the Executive Director of the Georgetown Center for Financial Markets and Policy at Georgetown University’s McDonough School of Business.

Samsung has killed the Galaxy Note 7. It is writing off $2.3 billion in the third quarter due to the cancellation of the highly touted phone. From my perspective, it was a smart, wise and cost-effective decision. Samsung sacrificed the Note 7 to save the company. The decision was not about the Note 7 itself, but about the brand and the company’s relationship with its customers. It is bigger than one product.

A company’s brand is the promise it makes to the customer. The depth and resilience of the brand is how it keeps that promise. We know that every brand makes mistakes. It’s how a company chooses to deal with those mistakes that can maintain — or demolish — its credibility.

Samsung is a huge, multinational company with products, programs, and services across many market segments. It rolled out the Galaxy Note 7 with much hype and fanfare, only to quickly find out it had a problem. Some of the phones caught fire or exploded. That was not the sizzling type of launch it was seeking. Early on it thought it was a simple issue of a battery vendors which delivered an inferior product. Simple fix, right? Not so, because the replacement phones with the new battery had the same problem. It was then made clear that Samsung didn’t know the root of the problem.

With consumers, airlines and regulators all engaged, Samsung had a choice: Continue to try to find out what’s wrong, perhaps by troubleshooting and risk issuing recall after recall? Or, does it step up and decide that the cost of trying to save the Note 7 is not worth risking the entire Samsung brand? It took the second road.

Clearly, Samsung had a lot of investment in this product. The timing couldn’t have been better for its rival, Google, (not Apple in my opinion) which was fresh off the launch of its new Pixel phones. Since the Pixel phones and Samsung’s Note 7 run the same operating system, some believe that the Pixel is the biggest beneficiary of the Note 7’s demise. This was not an easy decision for Samsung, but I think it made it fairly quickly, based on how these things go.

Looking down the road, Samsung hopes consumers will have gotten over the Note 7 debacle, and it will be a footnote in the overall history of the company. A single, short-lived, bad product that was pulled quickly and everyone moved on. Samsung needed to sacrifice the Note 7 to save the overall brand. That’s what it has done. It will cost them hundreds of millions of dollars, if not a few billion dollars, but it’s the right thing to do.

Moving forward, Samsung will undoubtedly focus on quality control throughout its supply chain and at every step of the product development cycle. These steps will make up key message points in its branding and public statements in the future. It will stay away from the safety issue and focus on the process improvement and quality control issue.

There’s no question Samsung will lose some smartphone customers. Will it lose customers of its other products, like televisions or computers? Perhaps in the short term, but this move is all about the long term.

Samsung’s timing of the recall announcement — in the middle of the second U.S. Presidential debate — could be seen as either a way to “bury” the headline or as a way to ensure that a larger audience would see the news (though it’s a South Korean company, so the time difference may have played a role). Either way, the story made headlines. You can’t hide news anymore in our 24/7 news cycle culture.

Often, the public doesn’t realize the complexity of crisis management. It is difficult, and requires having a good team in place. The companies that do it best prepare for it. They know it’s going to happen.

The Samsung situation reminds me of the Firestone tire recall of the early 2000s. At first, Firestone was trying to figure out what was wrong. It quickly pulled all tires off the market, and gave everyone new tires. It cost the brand greatly, but it’s still here nearly 20 years later.

When we look at Samsung, there might be some people who are upset with the decision to pull the phone. But, if you can’t fix it and be confident, you need to take it out of the marketplace and move forward. Samsung is going to continue to innovate. It wants to make sure that people aren’t afraid of Samsung phones or any other Samsung product and see this for what it is: A one-product failure in a large and diverse company. 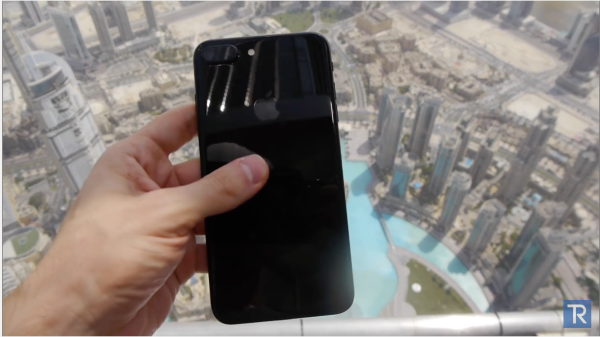 Here's What Happens When You Throw an iPhone Off the World's Tallest Building
Next Up: Editor's Pick