A man has been stabbed by an unidentified attacker wearing a clown mask in Sweden, police said Friday.

“A man born in 1997 was stabbed in the shoulder by an unknown person who ran away,” Halland county officers said on their website following the Friday attack, AFP reports.

“We don’t want to see a situation where a person gets into real trouble because someone, perhaps half-joking, puts on a clown mask,” Sweden’s Interior Minister Anders Ygeman told the TT news agency.

This attack follows a spate of serious ‘killer clown’ incidents across the U.S. and Europe, and it is the third clown-themed incident to have taken place in the Scandinavian country this week.

The creepy craze was born in Greenville County, South Carolina, over summer, after unsubstantiated reports surfaced that clowns were spotted trying to lure children into the woods. Scary clown sightings were then reported in more than two dozen states from Alabama to Wisconsin, before becoming an international phenomenon. 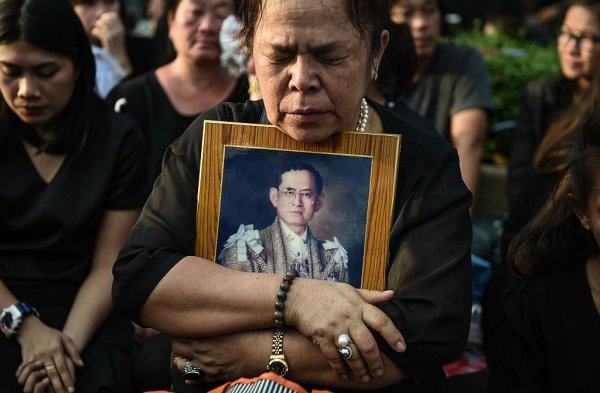 Thailand Mourns Its King — and Fears for Its Future
Next Up: Editor's Pick