A group of officials who once controlled access to firing the nation’s nuclear weapons have penned an open letter saying that Donald Trump “should not have his finger” on the launch button.

“The pressures the system places on that one person are staggering and require enormous composure, judgment, restraint and diplomatic skill. Donald Trump does not have these leadership qualities,” wrote the group of former Air Force officers.

The group said that the Republican nominee’s behavior on the campaign trail has proved him to be unfit to possess the nation’s nuclear codes. “On the contrary, he has shown himself time and again to be easily baited and quick to lash out, dismissive of expert consultation and ill–informed of even basic military and international affairs – including, most especially, nuclear weapons,” the letter reads.

The letter is the latest example of security experts and military leaders warning of the danger of placing Trump in power. Earlier this month, a Hillary Clinton campaign ad featured a former nuclear launch officer saying he’s afraid of a Trump presidency. 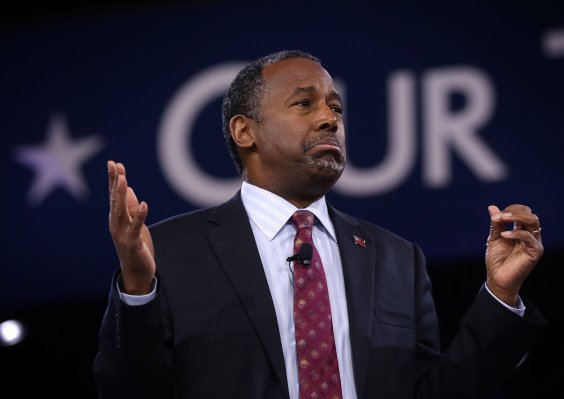 Ben Carson Says 'It Doesn't Matter' If Trump Accusers Are Lying Or Not
Next Up: Editor's Pick