On the weekend starting October 15, thousands of registered dietitians and nutrition experts will gather in Boston for one of the largest annual food and nutrition conferences in the U.S. The event, called the Food and Nutrition Conference and Expo (FNCE) is hosted by the Academy of Nutrition and Dietetics—the world’s largest organization of food and nutrition professionals, with more than 100,000 nutrition practitioners.

However, not everyone appreciates the attendee list. Every year, companies that sell junk food attend the event, and as of Friday, the Expo’s floorplan shows companies like PepsiCo and Nestle (which makes candy like KitKat and Butterfinger) will have booths near the main entrance. Other trade organizations like the American Beverage Association, the National Confectioners Association and the Sugar Association will also be on the expo floor.

“[These] corporations are simply not aligned with nutrition or public health,” says registered dietitian Andy Bellatti, strategic director of the group Dietitians For Professional Integrity. “In my opinion, this makes them completely inappropriate for a nutrition conference.”

PepsiCo said that they would be featuring foods from their portfolio that contain “positive nutrients,” according to a statement sent to TIME. These foods—including Naked Juices, Tropicana Essential Probiotic Juice, Sabra Hummus, Quaker Oats, Sun Chips and more—represent 25% of the company’s global net revenue.

Last year, Coca-Cola ended its sponsorship of the Academy, after the New York Times revealed that the soda company funded an organization called the Global Energy Balance Network that shifted public health messaging away from diet and onto exercise for obesity prevention. After the revelation, Coca-Cola disclosed that it had provided $118.6 million in funding for scientific research and health and fitness programs in the U.S. since 2010, the Wall Street Journal reported.

“The food industry presence at FNCE is much less than it has been in previous years, in part because of turmoil within the organization about those linkages,” says Marion Nestle, a professor in the Department of Nutrition, Food Studies, and Public Health at NYU in an email exchange with TIME. “But the organization has long had close financial ties to food companies, often to its great embarrassment. The sponsoring food companies get publicity, dietitians pushing their products, and, most of all, silence on whether the products really are good for health.”

Dietitians For Professional Integrity was founded in February 2013 after a public health lawyer named Michele Simon released a report showing the financial ties between the Academy and the food industry. “It seems not much has changed since my report,” said Simon, after TIME sent her the Expo floor plan. This week, Dietitians For Professional Integrity released a guide for nutrition experts attending the expo who want to avoid events and booths with conflicts of interest. The guide highlights speakers who have financial food industry ties that are directly linked to the subject they are talking about at the conference.

Financial relationships between the food industry and public health groups are common. On Monday, a report published in the American Journal of Preventive Medicine revealed that soda companies Coca-Cola and PepsiCo have funded 96 major public health groups in the United States, including the Academy and other groups like the National Institutes of Health and the American Diabetes Association. The American Beverage Association responded on behalf of the two companies, writing in a statement that “America’s beverage companies are engaged in public health issues because we, too, want a strong, healthy America. We have a long tradition of supporting community organizations across the country.”

The Academy has become more transparent with its corporate sponsorships and hosts materials about its policies on its website. In a fact sheet about its corporate sponsorship, it writes: “Corporate sponsorship enables the Academy—as it does for nonprofit organizations and associations nationwide—to build awareness of the Academy and our members; to share science-based information and new research with members; and to enable the Academy to reach a wider consumer audience with our messages than would otherwise be possible.” TIME reached out to the Academy of Nutrition and Dietetics requesting a comment on why companies that produce or support candy and soda are welcome at the Expo. Citing time constraints, the group declined to comment by publication.

Bellatti says he often hears the justification that dietitians should work together with the industry to create change. “Our viewpoint is that sitting at the table makes sense with another party that has similar goals,” he says. “As we look at it, health organizations’ main goal is to improve the health of Americans. These companies’ main goal is to sell as much product as possible.”

Those two aims can come into conflict. The recent American Journal of Preventive Medicine report also found that during the same four-year period in which almost 100 health groups accepted soda company funding, Coca-Cola and PepsiCo publicly opposed 28 bills that targeted soda consumption as a way to improve nutrition. Twelve of the bills were for soda taxes.

“Selling soda and chips and sugary snacks does not align—it’s a very different goal,” says Bellatti. “Companies like these have more money, and more political power. When you sit at the table with these companies, the power dynamic is skewed, which puts health organizations in a precarious situation.” 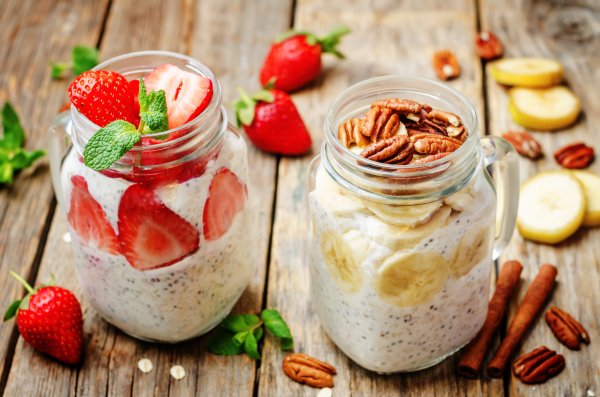 Try This 21-Day Better Breakfast Challenge
Next Up: Editor's Pick