Tinder Has a New Trick to Find You More Matches

The Tinder Inc. application is displayed on a smartphone in an arranged photograph in New Delhi, India, on Friday, July 29, 2016.
Sara Hylton—Bloomberg /Getty Images
By Madeline Farber / Fortune

With over a billion “swipes” per day, Tinder has introduced a new algorithm to make it easier for a user’s profile to stand out among the masses.

Called Smart Photos, the algorithm works by automatically re-ordering a user’s pictures so that their “best” photo is seen first by other Tinder users. The feature can track which of the user’s photos get the most swipes, and then puts that photo first. This method also works by tracking a user’s swiping habits in order to optimize which pictures on other people’s profiles are shown first.

“We’re working our magic to make swiping more fun and more effective. Tinder’s Smart Photos feature is designed to bring you more matches, but it’s also a great way to see which way of presenting yourself is the most compelling to others,” the company said in its blog.

Like most algorithms, the more you use it, the smarter and more accurate it gets, according to Tinder. Already, users who have Smart Photos enabled get 12% more matches.

If a photo showed someone in a group picture, not smiling, covering their face, or wearing a hat or sunglasses, it would usually get swiped left, according to the algorithm’s creators.

To read more on the exact science used to create the algorithm, you can check it out here. 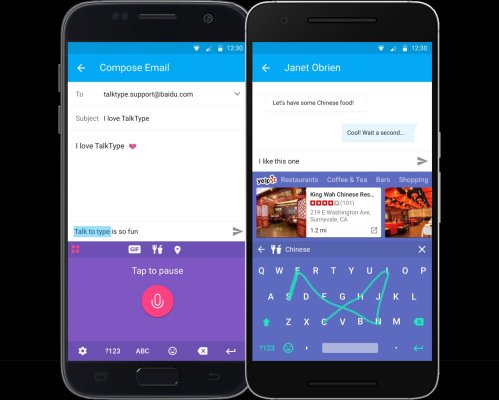 This Keyboard App Wants to Help You Text Without Typing
Next Up: Editor's Pick