Some viewers of the second presidential debate felt that Donald Trump’s pacing onstage led him to appear menacing or looming behind Hillary Clinton while she spoke. And it seems Clinton herself agrees.

Speaking to host Ellen DeGeneres on an The Ellen DeGeneres Show episode airing Friday, Clinton said she thinks Trump was trying to “stalk” her around the stage because he was upset about the recently leaked video in which he speaks very crudely about women.

“Because of the revelation of the public video, and everything that came out on Access Hollywood, you know, he was really all wrought up, and you could just sense how much anger he had,” Clinton said, ABC reports. “And so, he was really trying to dominate and then literally stalk me around the stage.”

“It was so odd, because I’d go to talk to somebody,” she continued, “and I would just feel this presence behind me, and you know, I thought, ‘Whoa this is really weird.'”

Trump has denied that he meant to intimidate Clinton onstage. “They said he invaded her space,” he said at a Florida rally after the debate, ABC reports. “Believe me. The last space that I want to invade is her space. Believe me.” 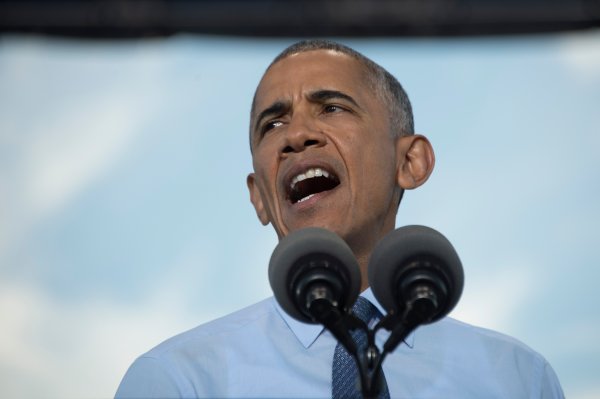 Obama Blasts Republicans for Trump's Rise
Next Up: Editor's Pick