The Indonesian Youth and Sports Ministry is inviting creative young people from across the country to take part in the Creative Youth Ambassador competition this year — but those who are members of the LGBT community need not apply.

In the original call for entries that was circulated online, candidates were required to be “physically and mentally healthy, not involved in promiscuity and deviant sexual behavior, including LGBT.” Drug users and those with an affiliation to a political party were also banned from applying.

The competition, which is accepting entries until Oct. 16, will ultimately select 10 ambassadors “to develop creative potential in their home regions,” the ministry’s website says.

According to the Jakarta Post, after being asked about the ban the ministry changed the wording and deleted the words “including LGBT” because, it said, the language “may hurt some people.”

The current version on the ministry’s website states the requirements as such: “physically and mentally healthy,” and “not involved in promiscuity and other deviant behavior.”

However, the government insists the ban on LGBT applicants still applies.

“We will not select sick people to become creativity ambassadors,” the ministry’s deputy for creative youth enhancement Eni Budi Sri Haryani told the Jakarta Post. “How can we choose those who are LGBT people or who are drug users for the big duty?”

She added they could determine if the applicants are homosexual, bisexual or transgender through interviews.

Many Indonesians mocked the ban on LGBT youths. “I fail to understand this,” said one Facebook user. “Are they afraid of the creativity of LGBT people, which is awesome and has global recognition?”

“I hope this is because the government is ignorant about LGBT issues,”activist Hartoyo of LGBT group Suara Kita (Our Voice) tells TIME. “But the other possibility, which I am worried about, is that the government knows and deliberately discriminates against the LGBT community. If this is the case, it is very dangerous for this nation.”

Indonesia’s LGBT community has been under a wave of attacks since the beginning of this year. While homosexuality is not illegal in Indonesia, conservative religious groups and academics are pushing a legal case it the Constitutional Court seeking to criminalize gay sex, as well as nonmarital heterosexual sex.

Meanwhile on Thursday, police in North Sulawesi province said they had detained a gay couple suspected of posting photos on Facebook of themselves cuddling and kissing. Officers “located the two men … with the help of netizens,” a police spokesman said.

The couple — a student and an office worker, both in their twenties — could face jail time if found guilty under draconian legislation on Internet content. 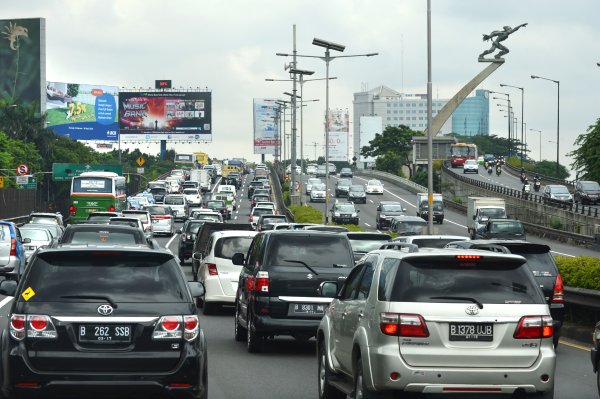