President Reagan famously spoke of America as a shining city on a hill. In his farewell address from the Oval Office, Reagan described such a city: “God-blessed, and teeming with people of all kinds living in harmony and peace; a city with free ports that hummed with commerce and creativity.”

Reagan told us that the phrase came from a Puritan leader, John Winthrop, who quoted Jesus as his boat was nearing the New World: “We shall be as a city upon a hill, the eyes of all people are upon us.” In what has become a season of vastly different visions for American greatness, these words deserve reconsideration today.

Winthrop’s vision demanded a profound sense of moral duty and obligation. It’s time to heed this call and live up to our responsibilities, to move into a sustainable future for America’s kids and all God’s children. To do so, we need to reckon with the driving force of the U.S. economy for the past century: fossil fuels.

Without that first oil well drilled in Titusville, Pa., this country would have never become the world’s leading economy or super power. With all the benefits brought about through fossil fuel use, we only recently started counting the costs.

To be “pro-life” is to care deeply about the great moral challenge of climate change, as climate disruptions impact each child of God in every nation. No one is left out. Food and water scarcity are made worse across the developing world. Sea-level rise, increased asthma, and disease carrying insects across the U.S. are just a few of the other climate-related impacts.

The good news is that overcoming climate change presents us with a tremendous opportunity to create a better world. In order to realize it, we must end the partisanship and dump the denial. The scientific debate about climate change is over. We might not know all the particulars about how quickly the oceans will rise, but the causation is clear. One only has to open a window to know that our environment has changed.

We must honor our past, but we cannot live in it. Coal mining jobs continue to disappear. The blast furnaces of Pittsburgh and elsewhere won’t be rebuilt. We’re in the middle of an economic disruption. Just as cars replaced horses, clean energy is replacing fossil fuels. Solar jobs already outnumber coal jobs and are increasing 12 times faster than the U.S. economy in general. Utility-size solar is already cheaper than coal, natural gas or nuclear power. According to Bloomberg Energy and Morgan Stanley, the clean energy revolution is unstoppable, but that’s only the beginning.

Technology exists to capture carbon pollution from the air and transform it into carbon fibers stronger and less expensive than steel, making it the next great building material. Nanotechnologies are emerging to increase energy efficiency. New forms of nuclear power show promise in reducing existing waste and cost. Renewables now have the ability to transform energy poverty into energy prosperity in the developing world. The future before us looks promising, but only if we take the steps to faithfully live into the future, like Winthrop and his hearty band of pilgrims did, like President Reagan helped our country to do.

To overcome climate change and be that shining city on a hill, each of us must take responsibility for our energy use. Through public policies, we must act to price carbon and address the market’s failure to count all costs, and we must invest in research and development to create sustainable progress powered by ever-improving clean technology.

This ancient vision for a new America imagines a future with pure air, clean water and an economy that supports a healthy and abundant life. That’s a good vision for all of us. 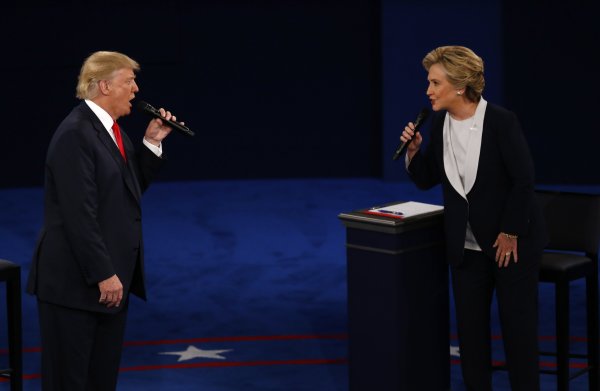 The Art of the Fail
Next Up: Editor's Pick