TIME and technology startup 8i are partnering to launch holographic messages from astronaut Buzz Aldrin and musician Reggie Watts as immersive virtual reality experiences in early 2017 as part of an upcoming Mars mission initiative.

LIFE VR, Time Inc.’s multi-platform virtual reality brand, will first distribute these “Message to Mars” recordings on the LIFE VR mobile app for Google Cardboard. In the holographic messages, Aldrin will share his personal experience and vision for sending humans to Mars and Watts will perform an improvisational song. Later, a complete virtual reality experience with Aldrin created by 8i in partnership with Soylent, will debut on HTC VIVE and Oculus Rift. Additional participants will be announced next year.

“As humans embrace the extraordinary commitment to leave earth and make Mars their home, virtual reality will be a very important way of staying in touch,” Aldrin, one of the first two humans to land on the moon, said. “What could be more stimulating to students, scientists, and political leaders on Earth than to experience life on another a planet, and for the astronauts journeying to Mars to receive messages from back home? I’m honored to leave my message behind for these courageous men and women who will go down in history in a way that no one ever has before.”

“TIME and the iconic LIFE brand have a celebrated history of covering space and there could not be a more fitting home for ‘Messages to Mars’ than LIFE VR,” said Mia Tramz, Managing Editor of LIFE VR. “Sharing these messages from Buzz Aldrin and others on our platform is another example of the powerful experiences and unique storytelling we’re bringing to viewers.”

A sneak peek of the “Message to Mars” experience will be previewed Thursday and Friday at VR on the Lot, a two-day content, technology and innovation summit hosted by the VR Society and AMD in Los Angeles. 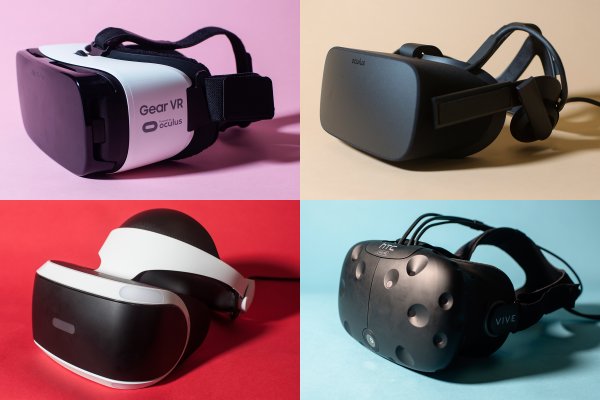 Which Virtual Reality Headset Should You Buy?
Next Up: Editor's Pick