Pepe the Frog's Creator: I'm Reclaiming Him. He Was Never About Hate

Furie is an artist, illustrator and children's book author.

A chill frog-dude named Pepe who I created a decade ago became a hate symbol… but there is still hope.

Memes were originally seen as similar to genes. “Meme” was used to describe popular subjects that mutated over time, through many people within a culture, to represent different ideas—the same way genes collectively respond to one another in biological evolution. It happened everywhere, not just on the Internet. Because of a meme-like process, gay as in happy is now gay as in gay (the proud identity and the pejorative). Nowadays, though, “meme” more commonly refers to a single-panel image of an embarrassingly stoned face published over and over again online, with a poorly written gag-joke typed over it—like, “boo done nutted I high af netflix.”

Before Pepe the Frog was a meme designated a hate symbol by the Anti-Defamation League, he began his life as a blissfully stoned frog in my comic book Boy’s Club, where he enjoyed a simple life of snacks, soda and pulling his pants all the way down to go pee. Boy’s Club debuted in 2006, with the forthcoming series earning some good reviews in the comic book world. I even got a couple offers from Hollywood to turn the book into a cartoon. I flaked out on them because I just wanted it to be from my pen to my paper and have total control. (Whoops!)

Users online started cut-and-pasting Pepe’s heavy-eyed, froggy face and the phrase “feels good, man” and shared it on Internet message boards as a quick visual description of how they were feeling after an event. I just finished my exam!… [“feels good, man”]. That was the beginning of the meme, circa 2008.

Before this election, Pepe the Frog spent years mutating online into the many-faced Mickey Mouse God of the Internet. The frog face has gone through thousands of user-made Internet incarnations, expressing rage, smugness, violence, happiness, coolness and, most notably, sadness. To zillions of people, mostly kids, teens and college-dwellers, it meant many things, but mostly it was a big joke. I have a stack of Pepe fan art sent to me by school children. Moms write me to say how much their kid loves Pepe. Kids write me to ask how his name is pronounced (Peep? Pee-pee? Pep-pay?). As the copyright owner, I was licensing a bunch of things like indie video games, card games; making official clothes, a plush toy; and I was excited by my plans for the future. I was thinking, Memes rule!

But that was before 2016, a time when our culture evolved to include Internet culture in this election (mostly to seek out the Millennial vote). A smug Trump-Pepe was shared by Trump himself on Twitter in the beginning of the election race, a move I assumed was a nod to young voters. Or perhaps it was a more sinister nod to some fringe, racist groups that used Pepe as a mascot for their agenda. Or just another famous person sharing a Pepe meme because it’s cool (like Katy Perry and Nicki Minaj did in the past). I have no idea. But I know this: It’s completely insane that Pepe has been labeled a symbol of hate, and that racists and anti-Semites are using a once peaceful frog-dude from my comic book as an icon of hate. It’s a nightmare, and the only thing I can do is see this as an opportunity to speak out against hate.

The problem with Pepe is that he’s been stamped a hate symbol by politicians, hate groups, institutions, the media and, because of them, your mom. Before he got wrapped up in politics, Pepe was an inside-joke and a symbol for feeling sad or feeling good and many things in between. I understand that it’s out of my control, but in the end, Pepe is whatever you say he is, and I, the creator, say that Pepe is love. 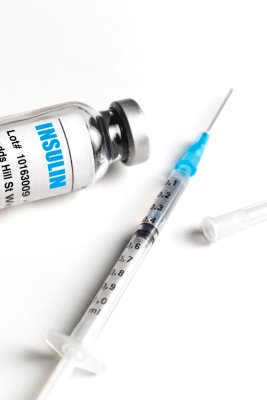 We Need a Moonshot For Diabetes Prevention
Next Up: Editor's Pick