A Samsung Galaxy Note 7 is held up with other Note 7 phones on a counter that were returned to a Best Buy on September 15, 2016 in Orem, Utah.
George Frey—Getty Images
By Lisa Eadicicco

Samsung is offering credit to buyers of its Note 7 smartphone, which is being recalled amid reports the device can overheat and, in some cases, catch fire.

Samsung is incentivizing buyers to stick around by offering $100 in credit to shoppers who replace the device with another Samsung model. Note 7 owners who pick a non-Samsung phone, meanwhile, will only get $25 in credit.

Both offers are valid starting at 3 p.m. ET on Thursday. The funds, which come in the form of bill credits, are on top of the money customers will get for returning their Note 7 devices.

Samsung’s offer comes as the company has expanded its recall of the Note 7 to include all original and replacement devices. Samsung announced earlier this week that it was halting production of the phone after reports indicated that even Samsung’s replacement devices were displaying problems. 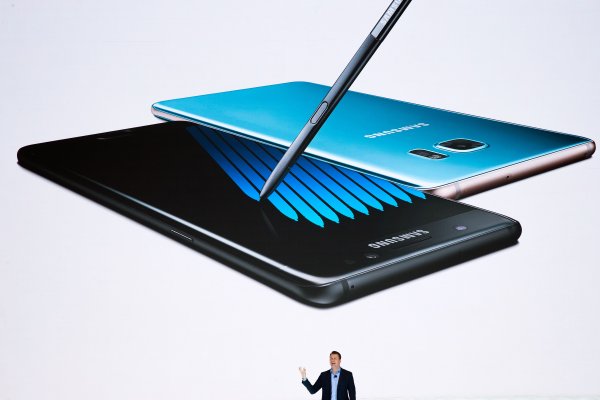 Samsung's Smartphone Recall Is Costing It Billions of Dollars
Next Up: Editor's Pick