If you only read one thing: In the space of one hour Wednesday night, at least four news outlets brought to light new allegations of inappropriate touching against the Republican presidential nominee. Coming on the heels of the explosive 2005 video in which he bragged about such incidents, the first-person accounts of Trump’s alleged actions have sent his campaign reeling once more, after it briefly felt a shift in momentum amid the release of hacked Clinton campaign documents by Wikileaks. Trump’s team is bunkered down with the candidate as they try to combat the reports. Trump took to Twitter to try to discredit the accounts by arguing they were from so long ago, and his lawyers demanded a retraction and sent a legal threat to the New York Times, but the candidate never disputed the factual claims made by the women. And there’s no indication that the parade of allegations is going to stop.

Hillary Clinton’s campaign’s dirty laundry is being aired in the ongoing Wikileaks release, as emails from chairman John Podesta reveal some embarrassing details about how the Democratic campaign functions. A aide’s insulting jokes about Catholics, internal backbiting and strategic disagreements are hardly going to derail the campaign, but paint a picture of a campaign not nearly as well-oiled as polls suggest.

Inside Donald Trump’s meltdown. Trump plans to intensify his attacks on the Clintons. And which Republicans have stopped supporting Donald Trump.

Trump Rampages Through Florida
He promised to jail Clinton and her lawyers, while getting to the bottom of Paul Ryan’s ‘sinister deal’ to foil him [Politico]

“There’s a big Trump and a little Trump. The little Trump is frankly pathetic.” — Former Speaker of the House and Trump wannabe-veep Newt Gingrich on Fox Business Thursday

“She deleted the email. She has to go to jail.” — Donald Trump in Florida Wednesday 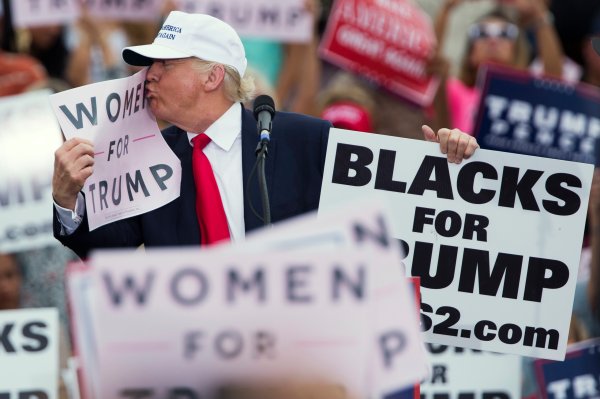