The number of undocumented immigrants has declined during the past decade, and Barack Obama has deported more people than any other President in U.S. history. You wouldn’t guess either fact from the 2016 campaign trail, where Donald Trump elevated concerns of an immigration crisis and Hillary Clinton courts Hispanic voters in battleground states. Trump has pledged to build a wall across a portion of the 2,000-mile border with Mexico, and Clinton has promised to push immigration reform in her first 100 days, with a path to citizenship for those in the country without authorization. Neither plan is likely to pass Congress next year.

[The following text appears within 9 charts. Please see a hardcopy for actual charts.]

There are 11.1 million undocumented immigrants in the U.S., down from a peak of 12.2 million in 2007. The drop is due in part to fewer job opportunities during the recession and tighter border control.

HOW UNDOCUMENTED IMMIGRANTS GOT TO THE U.S.:

40%–50% On temporary visas or fraudulent documents

UNDOCUMENTED IMMIGRANTS WHO ENTERED THE U.S. EACH YEAR:

48% of Mexican immigrants, about 5.85 million, are unauthorized

Each year, about 500,000 undocumented immigrants return home on their own, get permanent residence, are deported or die.

Time it would take at the current rate to deport all undocumented immigrants in the U.S. today

Border apprehensions dropped after 9/11 and after the 2007 recession, as fewer people tried to cross into the U.S.

Immigrants deported from the U.S., as well as non-Canadians and non-Mexicans apprehended at the border

Since Obama took office in 2009, the U.S. has focused enforcement resources on deporting convicted criminals.

Half of undocumented immigrants have been in the U.S. for at least 13 years. That’s up from eight years in 2003. As a result of longer stays, there is a greater chance they have children born in the U.S.

Number of U.S.-born children in 2012 younger than 18 living with at least one undocumented-immigrant parent; this population has doubled since 2000

1924 Congress establishes U.S. Border Patrol and applies the first limits on the number of immigrants who can enter the country

Immigration and customs enforcement cost $6 billion a year, about 10% of the Homeland Security budget

In 2006, the Bush Administration signed the Secure Fence Act. Since then, the U.S. has invested billions of dollars at the southern border. Investments have included:

… are in favor of building a wall along the U.S.-Mexico border

… want to prioritize for undocumented immigrants a path to citizenship 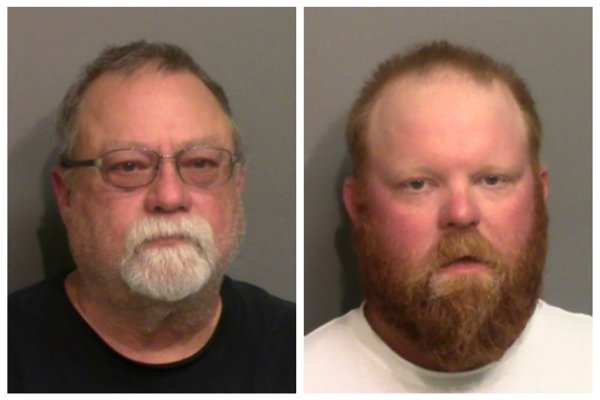