Three radar sites on the Yemeni coast were destroyed by the U.S. military early Wednesday morning local time, in retaliation for missile launches against an American destroyer.

According to a statement by Pentagon press secretary Peter Cook, the sites were in Houthi-controlled territory on Yemen’s Red Sea coast. “Initial assessments show the sites were destroyed,” he said.

“The strikes — authorized by President Obama at the recommendation of Secretary of Defense Ash Carter and Chairman of the Joint Chiefs General Joseph Dunford — targeted radar sites involved in the recent missile launches threatening USS Mason and other vessels operating in international waters in the Red Sea and the Bab al-Mandeb.”

The USS Mason was targeted by a missile on Wednesday and by two missiles on Oct. 9. No injuries or damage to the vessel have been reported.

“The United States will respond to any further threat to our ships and commercial traffic, as appropriate,” Cook stated, “and will continue to maintain our freedom of navigation in the Red Sea. 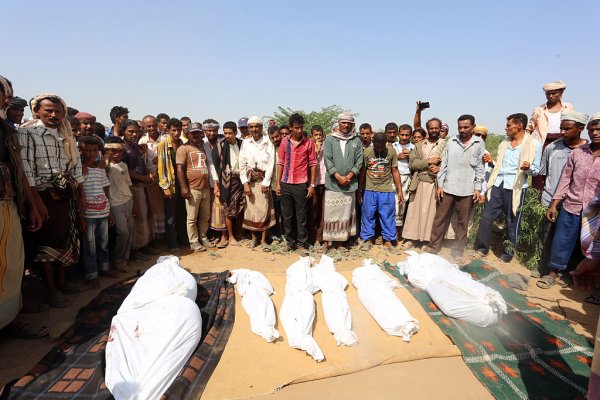 The Human Rights Abuses in Yemen's 'Forgotten War'
Next Up: Editor's Pick