The Chicago Cubs are bucking baseball’s pitching fads. And this bodes quite well for their World Series chances.

Call this study another sign that this is finally Chicago’s year. Cubs fans already feel good after Chicago’s stunning comeback win against the Giants Tuesday night: Chicago trailed 5-2 going into the top of the ninth, but rallied for four runs to close out the NLDS. Some stats don’t bode well for Chicago. Just four of the past 25 World Series champions, for example, finished the regular season with the best record in baseball, like Chicago did this year. Also, six of the past seven World Series champions held home field advantage. Since the American League won this year’s All-Star Game, Chicago wouldn’t host Games 6 and 7 of the series, should the Cubbies win the National League pennant.

But hey, at least Chicago’s not too enamored with the four-seamer. After a 108-year World Series drought, every hopeful sign helps. 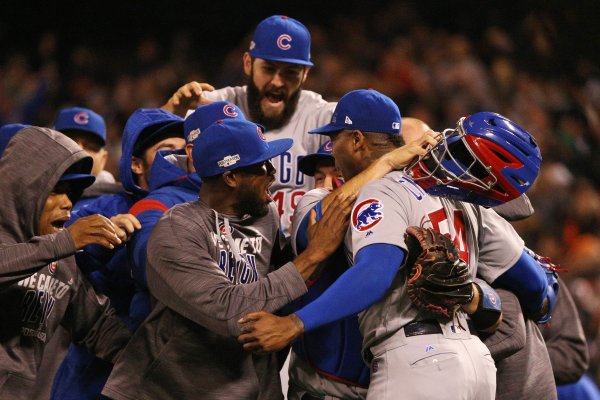 Cubs Rejoice After Epic Rally to Reach NLCS
Next Up: Editor's Pick