The topics for the third presidential debate between Hillary Clinton and Donald Trump include the Supreme Court, immigration and “fitness to be President.”

The bipartisan Commission on Presidential Debates announced Wednesday that Fox News host and moderator Chris Wallace had selected the topics for the debate.

Although they are subject to change due to late-breaking news, they include: Debt and entitlements, immigration, economy, Supreme Court, foreign hot spots and fitness to be President.

The debate will be held at 9 p.m. on Wednesday, Oct. 19, at the University of Nevada, Las Vegas. Each of the subjects will get a 15-minute time segment.

At a recent event in Florida, Trump said he “look[s] forward” to the next debate. 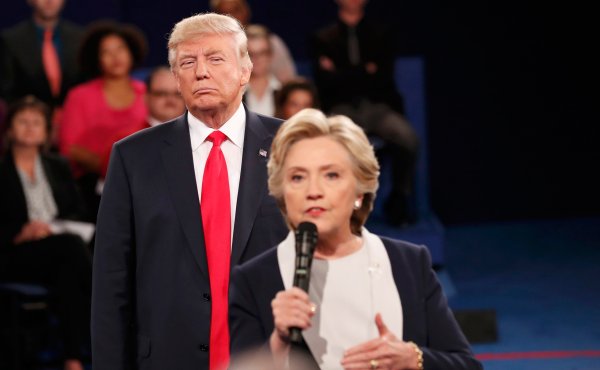 Donald Trump's Interruptions Down in Second Presidential Debate
Next Up: Editor's Pick