Last week, noted good guy and Jumanji actor Dwayne ‘The Rock‘ Johnson discovered two stray dogs on the road while driving to work in Hawaii. He cleaned them up and posted about them on Instagram, asking his legion of devoted fans to potentially adopt the duo of lady pups. He also nicknamed them: Beyoncé and JLo, paying homage to two of music’s great modern divas—and two of The Rock’s “fav gorgeous ladies,” as he noted in the caption. “Now they’re famous and licking the sweat off my face,” he added in the Instagram video (and, indeed, Beyoncé seems to be quite keen on his post-workout look).

“Who wouldn’t want Beyoncé and JLo in their home? Now it’s getting a little creepy,” he ends the video.

Then, timeless star Jennifer Lopez herself re-posted the video of the adoptable dogs, and the verdict was in: “You could never be creepy,” she said in her caption to The Rock.

The JLo stamp of approval means these are two very lucky dogs indeed. 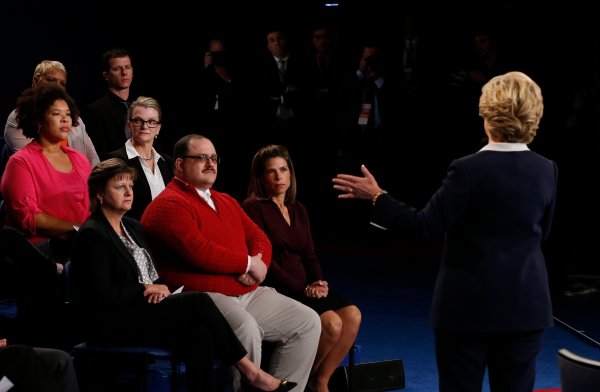 Here Are the Celebrities Kenneth Bone Follows on Twitter
Next Up: Editor's Pick