Review: 'Skylanders Imaginators' Is a Game You'll Love Playing With Your Kids

The Skylanders games, which let you guide quirky characters through colorful levels to antagonize a cackling villain, probably aren’t for you, or at least not you flying solo. I don’t mean that as a slight. They’re definitely for someone. Just not the someones likely reading these words. Bear that in mind as I’m relaying my thoughts about Skylanders Imaginators, this fall’s entry in Activision and Toys for Bob’s wireless figurine mega-franchise, out October 16 for current and last-gen consoles.

Put another way, toy-to-life games investigated by fortysomethings work better when experienced with their target audience, namely kids. I’ve thus been playing Imaginators with my 4-year-old son, who’s over the moon because, well, video games. And while story banter that includes words like “indigenous” goes whoosh, he’s a quick study on the controls, which cater to action play 101. There’s a reason the camera auto-follows your Skylander, for instance, freeing players to focus on navigating 3D vistas while hammering a few buttons to smash things.

Each year the series trots out a new idea. A few years ago it was trapping bad guys you could then play as good guys. Last year it was hot-rodding with vehicles. And this year, the hook is that you can roll your own Skylanders, roleplaying-style.

It’s no small thing. With prior versions, you’d buy the starter pack, fiddle with the included figurines, then maybe round out your collection by purchasing a few more. But you had to abide by strict character templates. Your Skylander could evolve, but always with a persona and profile plucked from the design team’s imagination. With Imaginators, Toys for Bob is finally uncorking the bottle, letting you draft your own heroes from scratch, then wirelessly stash them in tiny element-themed crystals.

Pluck one of those crystals from the Imaginators starter pack, then drop it on the bundled portal, and it’ll pulse like a tiny heart. This conjures a celestial creation screen that lets you choose from any of 10 battle classes that cater to archetypal combat fantasies (ninja, swashbuckler, bowslinger and so on). The battle class plus your element type (air, water, tech, undead, etc.) dictates what sort of weapons and abilities your Skylander can equip. It adds up to something like 100 base permutations, and that’s before you’ve drilled into the powers, weapons and armor types.

But where I suspect kids will spend the most time obsessively tinkering is with the “look” and “personality” subsections of the tool. Here, you’re incentivized to build the weirdest thing possible, say a squat ninja with the head of a raggedy doll, a bird’s tail, ram horn ears, the voice of a clown-mouse, a disco-funk theme song and a catchphrase cobbled together by pairing words like “Be afraid” and “of the bananas!” or “I like” and “zombie dance parties!” Judging from my son’s cackling reactions to all the goofball combinations, this may well be Imaginators’ premiere accomplishment.

In action, you’re looking at the novelty of these do-it-yourself heroes weighed against classic Skylanders hack-and-slash levels. You trudge through areas divvied into battle vignettes, linked by simple puzzles that might have you push a few blocks in sequence to declutter a path or step on buttons to shift walls in a maze. As you progress, you stockpile “Imaginite” chests, which unlock additional options in the creation tool. The creation tool can be summoned at any time during play, a wise design choice that lets players retool their Skylanders on the fly with immediately tangible benefits. Don a piece of serious speed-boosting armor, for instance, and your previously tiptoe-slow character will zip around the world like a tap-dancer on amphetamines.

To keep the experience grounded in the series lore, which once more involves Skylanders doing battle with Kaos, its crowing Napoleonic malefactor, the story is now relayed by series icons like Spyro the Dragon. And to keep parents reaching into their wallets, Activision’s added new figurines called Sensei: physically imposing, fully-playable Skylanders that expand your creation palette by unlocking special powers and secondary attacks, as well as raising the maximum level characters can attain. They’re also necessary to access certain locations. Fortunately Activision’s opted to include two Sensei (along with one Imaginite crystal and the portal itself) in the $75 starter pack.

My only worry is that picking a battle class during character creation is permanent. You can’t reset the Imaginite crystals. Once you’ve picked a ninja or swashbuckler or bowslinger, that’s it, the crystal is locked, and if you want to create a different class, you’ll have to spring for more crystals, which run $10 a piece. There’s no technical reason this had to be the case, and it feels dissonant in a setup that’s already incentivizing kids to buy the extra Sensei figures and adventure packs to round out their collections.

So okay, full disclosure, if I didn’t have kids, I’m not sure I’d seek out the Skylanders games. They’re aimed at a younger demographic, fairly easy to breeze through, and with the sort of hyperactive, simplistic storytelling you’d expect of a Nick Jr. show. Even playing at the higher difficulty settings, Skylanders Imaginators is no Diablo III.

And that’s fine, because Diablo III—to a child looking for a zany but accessible roleplaying game with larger-than-life characters in dazzling fantasy venues—is clearly no Skylanders Imaginators. 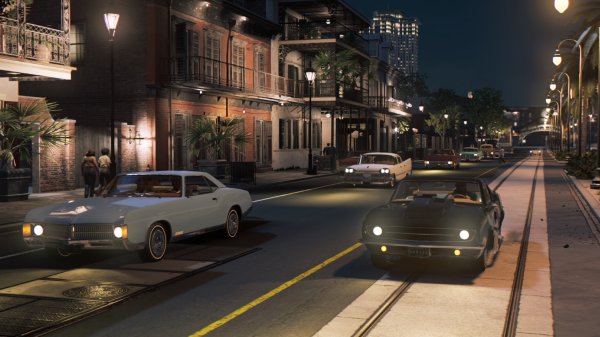 Review: 'Mafia 3' Squanders One of the Year's Best Stories on Stale Gameplay
Next Up: Editor's Pick