Fraggle Rock Is Coming Back to HBO

American puppeteer and filmmaker Jim Henson (1936 - 1990) with some of the Muppet cast from the children's TV show 'Fraggle Rock', circa 1985. Along with the diminutive Doozers in the foreground are the Fraggle characters (left to right) Boober, Mokey, Gobo, Red and Wembley.
Hulton Archive—Getty Images
By Sarah Begley

Dance your cares away, worry’s for another day—Fraggle Rock is coming back to HBO.

The Jim Henson program, starring a cast of puppets known as Fraggles, Doozers and Gorgs, is returning to the network and its streaming services 33 years after it premiered. All 96 episodes will run at the end of the year on the network, now shown in high definition.

The cave-dwelling, singing and dancing creatures have appeared in 98 countries and run on several other U.S. networks in the last three decades.

“In remastering the series,” the Jim Henson Co. wrote in a press release, “illuminate has created a contemporary look for the series with meticulous attention paid to every detail—sharpening the images, cleaning up the contrast, increasing the vibrancy of the colors and re-formatting for wide-screen—all under the careful supervision of Brian Henson.” 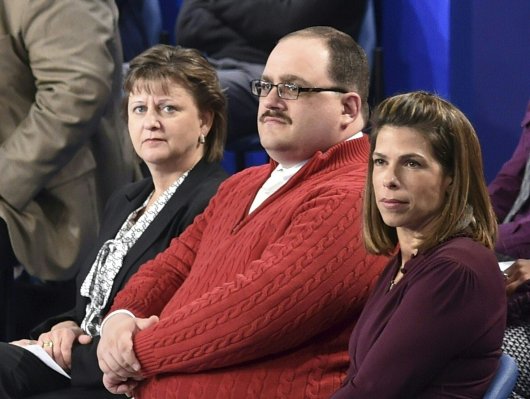 'A One Man Basket of Adorables.' Trevor Noah Loves Debate Star Ken Bone, Too
Next Up: Editor's Pick