YooJung Ahn is not a car designer.

Until she joined the Google self-driving car project in 2012, Ahn was designing consumer devices that were more likely to fit into a person’s hands, not products a person could actually sit inside—let alone ride around in.

It would be this lack of traditional automotive experience that Ahn says gave her—and the small team she has led since 2013—the freedom necessary to develop a Google moonshot that is now within reach: a self-driving car with no steering wheel or pedals that could shuttle a person from point A to B with a touch of a button.

In those early brainstorming sessions, the team batted around some wild ideas, like designing a “literal couch with wheels.” But what has made the gumdrop-shaped prototype so revolutionary is its un-wildness. Looking at the simplistic, uncomplicated prototypes, it’s easy to forget that they’re loaded with sensors and artificial intelligence software that has allowed them to navigate thousands of miles of complex urban environments without human intervention.

And that’s just how Ahn likes it.

It was that integration of technology and innovation that helped the Google self-driving car prototype beat out 4,698 design submissions to win the Red Dot Design award, an international product design prize.

Today, Ahn is deep into another automotive project at X, the research lab at Google that pursues moonshot ideas like driverless cars, its Internet balloon called Project Loon, and energy kites. This time, she’s the leading industrial design for self-driving Chrysler Pacifica minivans.

In an interview, edited and condensed for clarity, Fortune asked Ahn about the process of designing Google’s self-driving car prototype.

Were there any rules you had to adhere to for the design, aside from not having a steering wheel or pedals?

Not having a steering wheel or pedals was actually our choice. It was not even a rule. When we actually started the prototype we didn’t start with a traditional car in our mind.

I’m actually a product designer, not a car designer. So when we started designing the prototype, the first thing we considered was this broader concept of mobility. What is the very minimum we needed in order to get people from A to B? What is the most optimized design for safety and user experience? That was the starting point.

We needed to create something relatable and very intuitive. It’s a very straightforward experience and not confusing. People have never experienced anything like this before, so we didn’t want to create any confusion.

The interesting thing about the self-driving car is you’re designing for passengers and pedestrians, not necessarily for drivers. There’s no driver in the car. Of course, we considered other drivers on the road, but this car was not optimized for driving.

Since you’re a product designer, was there a product or symbol that you used as inspiration? A physical representation of what you wanted the prototype to become?

The first goal we had was for safety. When we started configuring this vehicle we started with “What is the best way to build a vehicle that is the safest?” “How can we make this car see better so it can be safer than the human driver?”

Safety was the No. 1 goal. However, for the inspiration you mentioned I tried not to think about styling much. We tried to think about: What is the best outcome when we try to build a new product that can generate maximized visibility, experience and safety? The answer was: Let’s make it as simple as possible and as intuitive as possible so we can minimize the learning curve for using the vehicle.

And one thing to remember is the prototype was designed for testing, not for mass production. Since this is the first time we introduced a concept, it couldn’t be too complicated. That’s why we focused on the soft values like increasing awareness, improving the understanding of technology, and inspiring people.

What did you do to make the design approachable, simple, or easy for pedestrians to understand?

The No. 1 priority to our team is lets make the roads safer and the design of vehicle needs to reflect that. We optimized the shape for our software and sensors so they can perform as well as possible, that’s No. 1. This car can see 360 degrees and up to two football fields in every direction. It’s the reason why the vehicle is a little bit taller, compact, and soft.

We wanted to make sure we built in layers of safety. For example, the front bumper of the vehicle is made out of soft foam and the windshield is flexible so we can keep pedestrians safe.

The tertiary aspect of safety is important too. Our goal is to help people feel comfortable with the technology and around the vehicle as well. When we designed our car we wanted to make even the outside of the vehicle comfortable for people.

It’s especially important while we’re still in this testing phase, where most people experience our vehicle from the outside rather than the inside. For awhile, we will have a lot more tertiary users than primary users.

When I look at the front of the car, it’s like a cute face. Was that intentional?

When we started to imagine our very first self-driving car, lots of people imagined something super futuristic, something from the sci-fi movies and stuff. However, when we actually tried to design this first car we realized it’s better to make it warm and welcoming rather than super futuristic and rather cold.

This is a low-speed vehicle and we didn’t want to make it look super fast either; it’s not honest. The car design looks slow and people can expect that from the vehicle.

“Expected” is one of the emotions we thought up. People can expect how this vehicle is to interact with, otherwise it’s going to be very confusing. You don’t want to design a vehicle that goes only 25 miles per hour but it looks like it can drive 200 mph or something. That would cause some confusion.

Was there anything you wanted to include but didn’t because it didn’t fit into the final design vision?

There are many. One example, was when we first had some brainstorming sessions we asked people “what do you want to do in the car?” A lot of people at the time—this was years ago—said “oh I want to watch a movie on the car display.” However, we noticed that when people got in there they looked at their phones and tablets and they didn’t want to really use the car display for the movie.

Others said they wanted to do games. And then they’d get in the car and actually want to relax and not do something with existing equipment in the car.

We actually got more confident. Simpler is not a bad thing; we can actually go simpler.

Why did you make the prototype white? Why not go with a color like red so it’s more noticeable?

For the very first prototype we knew we’d have a lot more tertiary users than primary users; a lot of people would be looking at it, not necessarily using it. So we thought about the emotions they’ll have when they look.

We wanted to give them a safe and warm feeling. It’s white and gray. We didn’t want some polarizing color like red, or green, or orange. In psychology, when you use those colors people can have some anxiety as well. We wanted to have it as safe as possible for people to accept the first generation vehicle.

You mentioned you’re a product designer, so you never designed a car before?

Well, I probably had some classes on it when I was in school, but I never designed manufacturing (production) cars before.

Were you intimidated by that?

In my mind, it was more of a benefit for me because I could think of more interesting ideas and think outside of the box because I don’t know much about it. A lot of experienced designers have their routine and their style is built over time. It can be really hard for designers to think something completely different if they know too much about one area.

I am pretty sure there are a lot of good car designers who think our car looks a little bit different, and maybe not in a good way.

The car did receive a Red Dot design award recently.

We were surprised, we didn’t really expect it. But it meant so much to me and my team because (it showed that) people understood how the design furthered the mission of self-driving cars.

We were able to do something that’s never been done before. We didn’t need to focus on a design that would sell more products; it was much more than the styling. We learned a lot from the process and we could create something from nothing.

It’s a rare chance for designers. A lot of time designers have to design something based on what they’re getting, not from scratch. 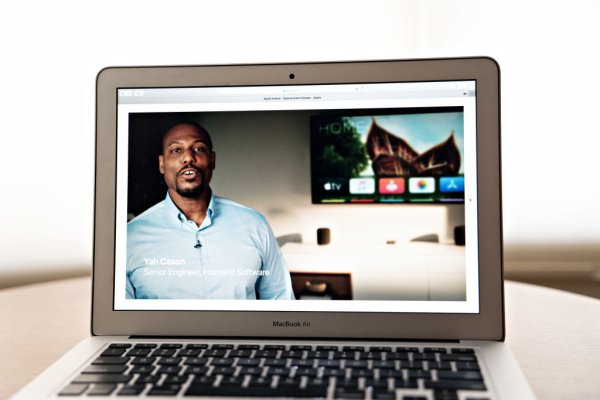