Gal Gadot Addresses the Idea That Wonder Woman Is Bisexual

Wonder Woman doesn’t hit theaters until June, but fans have been buzzing about the upcoming action flick since DC debuted its trailer at San Diego Comic Con. Now, much of the talk surrounding the film has turned to its superheroine’s sexuality, and in particular, whether or not she has had relationships with women.

During an interview with Variety, Gal Gadot — who plays the Amazing Amazon — was asked to respond to comments made by Greg Rucka, a longtime writer of the Wonder Woman comics who recently stated that the character is bisexual. “It’s not something we’ve explored. It never came to the table, but when you talk theoretically about all the women on Themyscira and how many years she was there, then what he said makes sense,” she said, referencing the fact that Diana Prince was born on a female-only island.”

The 31-year-old actress went on to explain how the parameters of Wonder Woman’s sexuality are not defined by gender. “In this movie she does not experience any bisexual relationships,” she said. “But it’s not about that. She’s a woman who loves people for who they are. She can be bisexual. She loves people for their hearts.” 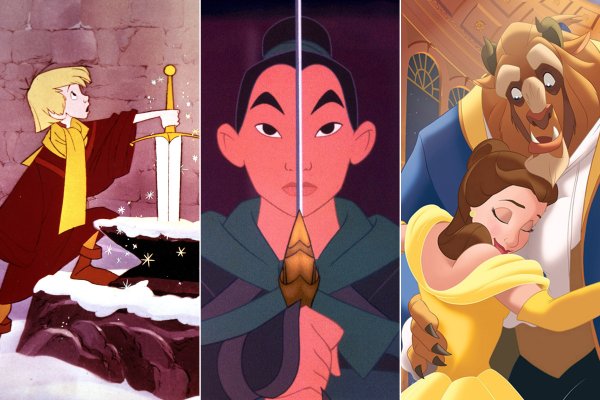 Here Are All of Disney's Upcoming Live-Action Movies
Next Up: Editor's Pick