The new Reuters/Ipsos poll shows that after Sunday’s second presidential debate and the leaked video of lewd comments he made regarding women in 2005, Republican voters are in a tight spot.

One in five GOP voters say that his comments about women disqualify Trump from the presidency, while 58 percent say they would like Trump to remain at the top of the ticket and 68 percent said that party leadership should stand by their nominee. Trump on Tuesday declared that he had taken the “shackles” off, before later going on the offensive about House Speaker Paul Ryan and other GOP leaders.

Clinton’s lead has continued to grow, last week she led Trump by five points. Now, 45% of likely voters choose Clinton and 37% choose Trump, with another 18% declining to support either.

Among debate watchers, some 53% said Clinton came out on top Sunday while 32% felt that Trump won. These results were rather partisan, as 82% of Democrats chose Clinton, while 68% of Republicans picked Trump.

The Reuters/Ipsos poll was conducted online among 2,386 Americans, including 1,605 likely voters. The poll has a credibility interval of 2%.

Most Popular on TIME
1
Could Amsterdam's New Economic Theory Replace Capitalism?
2
My Parents Will Be Vaccinated Long Before Me. Can They Come Visit?
3
No, Trumpism Isn’t Over. Look at What Just Happened in Arizona 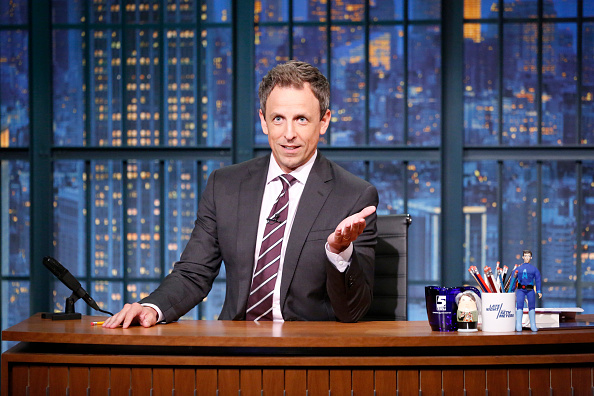 Seth Meyers Takes a ‘Closer Look’ at Donald Trump and the ‘Lasting Damage’ He’s Causing
Next Up: Editor's Pick