A species of freshwater dolphin thought to be extinct may have returned to the Yangtze river in Asia, Chinese conservationists say.

An amateur expedition team claims it spotted the baiji—known as the “goddess of the Yangtze” or the white dolphin—in a stretch of the world’s third longest river near the city of Wuhu, even though the creature was declared functionally extinct by researchers a decade ago, The Guardian reports.

“At around 9:20 a.m. on Tuesday, the team of 11 saw what looked like a dolphin in the Yangtze river close to the city of Wuhu, in Anhui province, while on a one-week expedition to look for the animal,” a description on the government-backed news website Sixth Tone reads. “The dolphin jumped out of the water in easy view of one of the team’s boats, which was around 100 meters away. People on the team’s second boat, which was around 300 meters away, also saw the animal.”

This is not the first time a creature thought to be extinct has been rediscovered—sometimes after many years. When this happens, the species becomes a “Lazarus species”—named after the biblical story in which Jesus miraculously raises Lazarus from the dead. 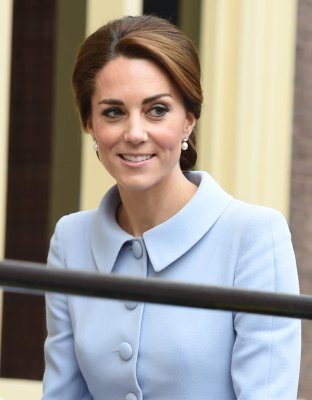 Kate Middleton Visits the Netherlands on Her First Solo Trip as a Royal
Next Up: Editor's Pick