Aaron Carter, a singer who’s probably best known for his teeny-bopper hits like “I Want Candy” and “That’s How I Beat Shaq” in the early-aughts, rescinded his support of Republican presidential nominee Donald Trump in a tweet on Monday night; he joins rapper and formerly vocal Twitter user Azealia Banks who also withdrew her support of Trump on Friday.

Carter took to his Twitter to tell his fans that he no longer supports Trump; Twitter is the same platform that he used to endorse Trump for president in February, citing in a now-deleted tweet that Donald Trump would be “someone who leads.”

However, in April, Carter tweeted once again to say that he would not be voting for Donald Trump, writing that “it’s just something I can’t take part in. Too many reasons.”

Banks took back her support of Trump in a series of Facebook posts where she also noted that she “deeply regret[s] mixing music and politics as I am now finding it nearly impossible to keep up with the election and the media frenzy,” and that she “made a major mistake endorsing” Trump as “women’s rights are important and we must protect them.” 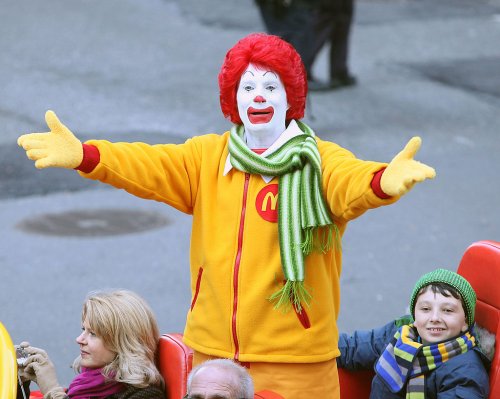 Ronald McDonald Laying Low Until Clown Craze Is Over
Next Up: Editor's Pick