President Obama Says We're Going to Mars. If Only It Were That Easy

As far as historians know, John Quincy Adams never promised to get Americans to Mars. That hardly made him uncommon among U.S. Presidents—at least the first 32 of them. But all that changed with President Eisenhower, who pushed for the creation of NASA and got the country’s great space bender going.

Ever since then, Mars has been squarely in America’s sights, with most Presidents calling it out explicitly as a sort of 21st (and before that 20th) century extension of Manifest Destiny. On Tuesday, President Obama full-throatedly joined that chorus. In an opinion piece he penned on CNN.com, the President promised a public-private partnership to get astronauts on the Red Planet at last.

“We have set a clear goal vital to the next chapter of America’s story in space: sending humans to Mars by the 2030s and returning them safely to Earth, with the ultimate ambition to one day remain there for an extended time,” Obama wrote.

That’s undeniably stirring stuff—provided there’s anything to it. Which there may well be. Or not.

Start with the public-private part. It’s true that, as the President says, “Getting to Mars will require continued cooperation between government and private innovators. … Within the next two years, private companies will for the first time send astronauts to the International Space Station.”

But private companies have always been the space program’s manufacturing backbone. NASA didn’t build the Apollo spacecraft, North American Aviation did. It didn’t build the lunar module either, that was Grumman Aerospace. McDonnell Aircraft built the Mercury and Gemini spacecraft, Boeing was the principle contractor for the space station, and on and on.

What was different then was that those contracts were essentially work made to order—like planning precisely the house you want and hiring an architect to build it for you. Now it’s more like buying into a development: private companies like SpaceX and Orbital Sciences do the research and development and building on their own and then compete to sell their products to NASA. That does cut costs dramatically, though even here there’s a little sleight of hand. A portion of the multi-billion dollar contract NASA signed with SpaceX and Orbital Sciences for their unmanned cargo runs to the space station included money for research and development, blurring the public-private divide considerably.

Then there’s the deadline: “by the 2030s.” Across industry and government, 15 years away is often the go-to target for any ambitious program that may or may not happen. It’s close enough that it suggests a certain accountability but far enough away that it gives you a lot of time to get the job done. And if you don’t, people might just have forgotten about it by then.

Notice, too, the built-in buffer of an additional decade. “The 2030s” can mean January 1, 2030 or December 31, 2039—or any date in between. NASA has already begun quietly hedging on even that generous goal. Astronauts may only orbit Mars in the 2030s, go the current whispers; it could take until the 2040s before they actually land.

Contrast this with President John F. Kennedy’s lunar challenge: The U.S. would have boots on the moon “before the end of this decade.” That was a marker he threw down in 1961 when the U.S. had a total of 17 minutes of manned space flight experience. But there was no mistaking what he meant: get there before midnight on December 31, 1969 or we fail. We didn’t fail.

Nobody has ever mistaken Obama for much of a space cowboy. His support for the space program was only lukewarm during his first presidential run, until he wised up and realized that Florida, the ultimate space state, is also the ultimate swing state. Industries in swing districts across the country also rely on a robust space program. Even then, the Administration’s signature initiative for human exploration has been the Asteroid Redirect Mission (ARM), which involves ignoring Mars, ignoring the moon and instead sending an unmanned spacecraft out to tow a small asteroid to the lunar vicinity. Astronauts could then go visit it. Why? Because… um… we’ll get back to you on that.

ARM is now dying a death by indifference and almost no one expects it to survive in the next Administration. That does clear the decks for Mars, which is an unalloyed good. But it’s not all Obama’s call to get the nation there and it won’t be the next President’s call either. It will be up to the whole brawling, partisan, dysfunctional lot in Washington to see the idea through.

The moon program spanned four Presidential Administrations—two Democratic and two Republican—and seven Congresses. They argued about funding and deadlines and they soldiered through the deaths of the Apollo 1 astronauts in a launchpad fire and the near-death of the Apollo 13 astronauts on the way to the moon. And yet the rockets kept flying, the lunar modules kept landing and the job got done.

You want to go to Mars? Fine, then decide to go to Mars. It’s really as simple as that. Now let’s see if the nation is up to the challenge. 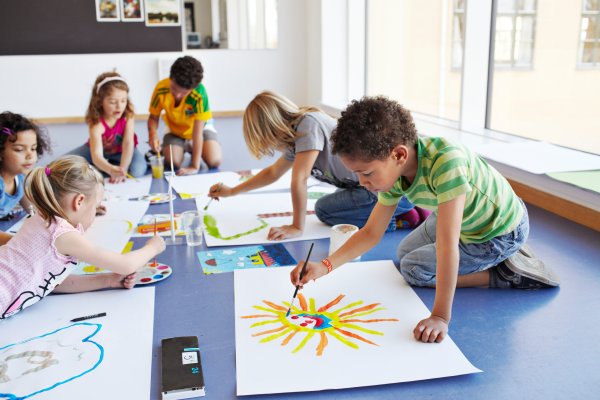 How to Raise Creative Children
Next Up: Editor's Pick