Donald Trump Takes the 'Shackles Off'

If you only read one thing: Donald Trump is not backing down after his slash-and-burn debate performance Sunday night. On the campaign trail Monday, Trump continued to bring up allegations about Hillary and Bill Clinton, reiterated that he would seek to send his rival to prison, and his top aides began making jokes about his “locker room banter.” He is also turning his fire on “disloyal” Republicans who abandoned him in light of his offensive comments. In a Tuesday morning tweetstorm, Trump said he’s freed up by their abandonment. “It is so nice that the shackles have been taken off me and I can now fight for America the way I want to,” he said, as he continued to fire missiles at his own party.

President Obama is set to return to the campaign trail for Hillary Clinton Tuesday at a critical moment at the campaign. After calling Trump “insecure” this weekend, expect the president to continue to lay into his would-be successor as he seeks to protect his legacy.

How the debate on Syria is across parties. Trump’s interruptions are down. And a Trump advisor won’t clarify his position on Syria.

President Obama Is Now Campaigning for His Legacy
He’s hitting the trail for Clinton — and himself, TIME’s Maya Rhodan writes

“And I consider myself, in a certain way, to be a blue collar worker.” — Donald Trump in Pennsylvania Monday

Bonus: “It doesn’t necessarily make me uncomfortable. I’m just refusing to do it. I think it’s — they’re the ones who are running for office. They’re the ones who ought to create the doctrine and the policies and shape them the way they want, not an adviser.” — Former CIA Director James Woolsey, a senior advisor to the Trump campaign on national security refuses to discuss campaign’s position on Syria

‘There Is No Room for Objectification of Women’: Nancy O’Dell Addresses Donald Trump Tape [TIME]

What to Know About Donald Trump’s Unaired Apprentice Tapes [TIME]

Warren Buffett Fires Back at Donald Trump on Taxes [TIME] 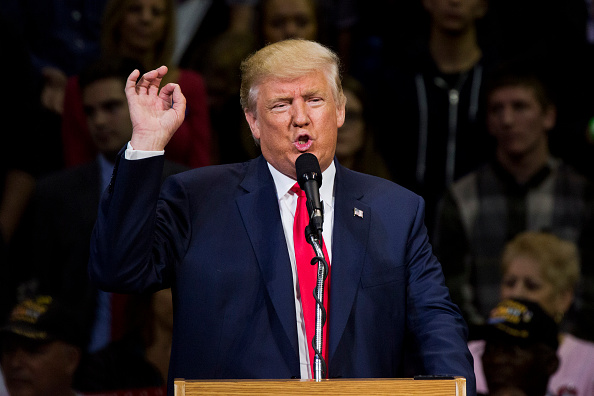 Trump Says He's Taking 'Shackles Off' His Campaign
Next Up: Editor's Pick