What to Know About the UN's International Day of the Girl

Tuesday marks the International Day of the Girl, a U.N. campaign that supports the rights of girls worldwide. As #DayoftheGirl trends on Twitter, here’s some facts about this year’s event:

The 2016 theme focuses on measuring progress

The day has been celebrated on Oct. 11 since 2011 and recognizes the unique challenges girls face around the world. This year’s theme is “Girls’ Progress = Goals’ Progress: What Counts for Girls,” and highlights the role of data in contributing to the U.N.’s Sustainable Development Goal 5, which is to achieve gender equality and empower all women and girls by 2030.

Research on the role of girls across the world was released this week to coincide with the International Day of the Girl. UNICEF reported that girls ages 5 to 14 around the world spend about 550 million hours each day on household chores, 160 million more hours than boys their age spend. And a new report from Save the Children estimated that one girl under the age of 15 is married every 7 seconds.

But there has been progress, too. U.N. Goodwill Ambassador Emma Watson visited Malawi on Monday to celebrate the achievements of the country in implementing a law passed last year raising the minimum marriage age to 18. According to U.N. Women, Malawi has one of the highest child marriage rates in the world, but the organization has worked with partners and tribal chiefs to implement the new law at a local level. “It’s so encouraging to see how such a harmful practice can be stopped when communities work together to pass laws, and then turn those laws into reality,” Watson said.

Girls are marking the day by taking over

The day is also being celebrated with a historic #GirlsTakeover, in which more than 250 girls will step into the shoes of leaders in politics, economics and society across 50 countries. The initiative, which aims to place girls in positions of power and influence where they are rarely seen and heard, will put girls in charge at Nickelodeon and MSNBC in the U.S., and in Canada, the Minister of the Status of Women will be replaced by a girl for a day. The President of Nepal and the Director General of the U.N.’s Geneva Office will also have their roles assumed by girls.

The global action is being staged as part of child rights organization Plan International’s Because I am a Girl movement. “There is no country in the world where girls experience true gender equality,” said Anne-Birgitte Albrectsen, CEO of Plan International. “The takeover is a great statement of girls’ power and their ability to change the world. It also serves as a reminder to governments how millions of girls are held back and denied an equal chance in life just because they are girls.”

The organization also commissioned a series of award-winning filmmakers to produce short animations based around the theme of the day. New York City-based filmmaker Leah Shore produced the following film to celebrate what girls are capable of achieving. 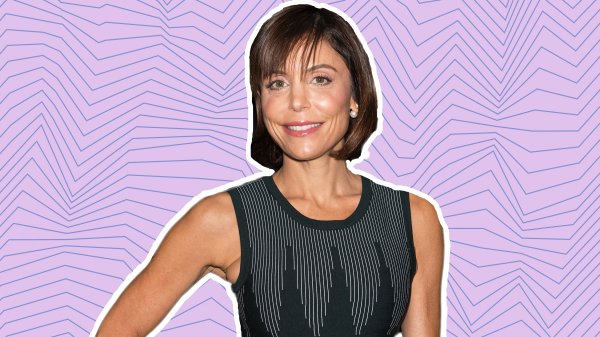 Bethenny Frankel: 'I Don't See Gender' In Business
Next Up: Editor's Pick