A group of students take cover as the clashes between students and riot police continues during a protest over government's plan of increasing university tuition fees on Oct. 10, 2016 in Witwatersrand University, Johannesburg.
Anadolu Agency/Getty Images
By Dominique Rowe

Police fired rubber bullets and tear gas at the demonstrators who reportedly used rocks as projectiles at the University of the Witwatersrand in Johannesburg, Reuters reports.

The protests follow a week of violent clashes that led to the closure of the campus. Attempts to reopen on Monday sparked fresh waves of protests.

“The protests are continuing because students’ demands have not been met,” said a student spokesperson. “There hasn’t been sufficient engagement from the university.”

The demonstrations are part of a nationwide campaign over the cost of university education in South Africa, which has risen by 80% in eight years. Many black students said they are being priced out of education by the escalating costs.

Last year massive protests over college fees — thought to be the largest demonstrations since the end of apartheid — prompted the country’s President Jacob Zuma to put a cap on fee increases for 2016. Universities said any further freeze on fee increases would result in a slip in standards, reports Reuters.

Currently, the government provides financial assistance to the poorest students, but said it could not afford free universal education.

Reuters also reported clashes between students and police at the University of the Free State in Bloemfontein 240 miles south of the capital. 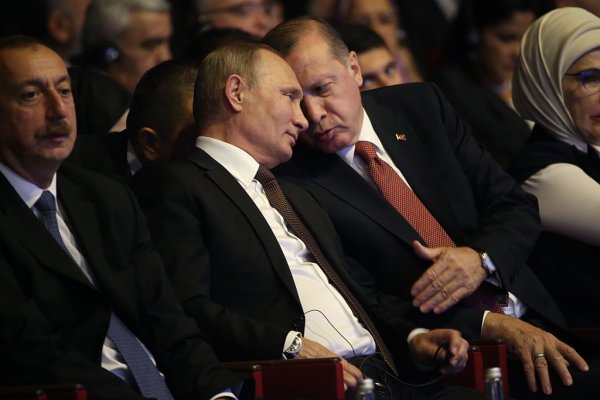 Putin and Erdogan Bury the Hatchet in Istanbul Meeting
Next Up: Editor's Pick