“I didn’t even know dad jokes were a thing,” Sen. Kaine told the 27-year-old host, who noted that’s probably the most dad thing he could have said.

As the nation has grown familiar with Hillary Clinton’s running mate, Kaine has become known as the kind of guy who’d sit you down for an age-appropriate talk about the birds and the bees and making good choices. But in what appears to be a Clinton campaign effort to connect with younger voters, he appeared on Oakley’s show, which airs weekly on Ellen Degeneres’ video platform and YouTube, to prove he’s hip to what keeps the kids glued to their smartphones.

In the four-minute video, Kaine tried to make his case to younger voters, first by going the traditional route and ticking off policy positions held by the Clinton campaign including those on climate change, LGBT rights, and women’s health. With that out of the way, Oakley cut to the chase.

“Do you know what on fleek means? ” he asked.

Turned out neither Kaine nor Oakley were all that sure, though Kaine was later able to redeem himself with the young host by appropriately accenting the “as” in “yas.” By the end, Kaine started showing off, tossing out a smug “Bye Felicia” before calling up Oakley’s mom to in an attempt to get her to vote.

Though Kaine solidly flirts with millennial culture in the four-minute video, he explained to Oakley he has no problem being known as America’s dad.

“In politics, it can be pretty tough so if that’s the worst they can say about you,” he said. “That’s affectionate, so I like it.” 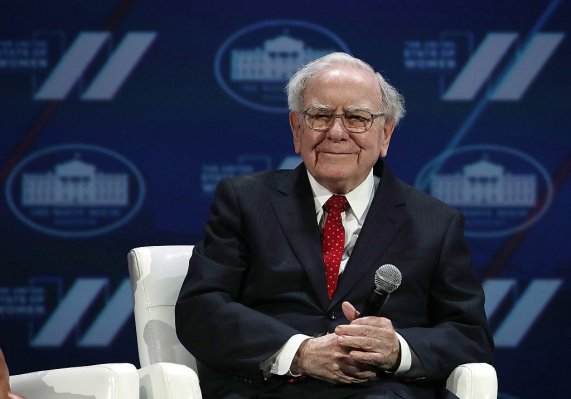 Warren Buffett Fires Back at Donald Trump on Taxes
Next Up: Editor's Pick