Man-made climate change has doubled the total area burned by forest fires in the Western U.S. in the past three decades, according to new research.

Damage from forest fires has risen dramatically in recent decades, with the total acres burned in the U.S. rising from 2.9 million in 1985 to 10.1 million in 2015, according to National Interagency Fire Center data. Suppression costs paid by the federal government now top $2 billion.

Now a new study, published in the journal Proceedings of the National Academy of Sciences, has found that a significant portion of the increase in land burned by forest fires can be attributed to man-made climate change. Other factors are also at play, including natural climate shifts and a change in how humans use land, but man-made climate change has had the biggest impact. That trend will likely continue as temperatures keep rising, researchers said.

“No matter how hard we try, the fires are going to keep getting bigger, and the reason is really clear,” says study author Park Williams, a Columbia University researcher. “We should be getting ready for bigger fire years than those familiar to previous generations.”

Climate change contributes to forest fires in a number of ways. Fires kill off trees and other plants that eventually dry and act as the fuel to feed massive wildfires. Global warming also increases the likelihood of the dry, warm weather in which wildfires can thrive. Average temperatures in the Western U.S. rose by 2.5°F since 1970, outpacing temperature rise elsewhere on the globe, according to the research. 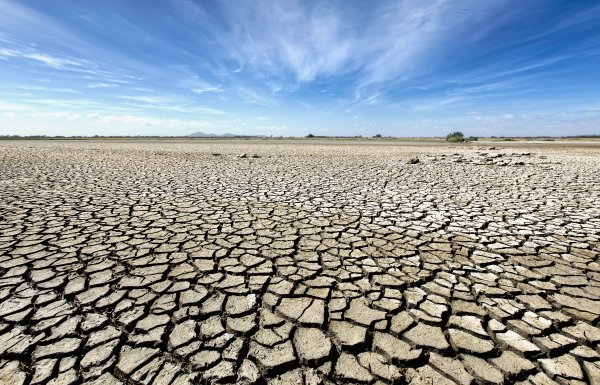 Southwestern U.S. Faces 'Megadrought' by End of Century
Next Up: Editor's Pick