Twitter users roundly mocked Donald Trump with the hashtag #MuslimsReportStuff, after he answered a question at the presidential debate about Islamophobia by saying Muslims need to report terrorism.

Trump was responding to a question from a Muslim audience member about how he would address rising Islamophobia. Trump, who has previously proposed a temporary ban on Muslims entering the U.S., called the rising Islamophobia “a shame” before saying that Muslims had to “come in and report” if “they see hatred going on.”

To illustrate it, Trump referred to the debunked notion that “many people saw the bombs all over the apartment” of the couple who fatally shot 14 in San Bernardino, Calif., last year. “Muslims have to report the problems when they see them,” he said. “And, you know, there’s always a reason for everything. If they don’t do that, it’s a very difficult situation for our country.”

A Muslim took his suggestion, jokingly reporting “a crazy man threatening a woman on stage” :

The tweet went viral and the hashtag #MuslimsReportStuff took a life of its own:

And others made reference to Friday night’s bombshell video, of Trump making insulting comments about women:

While others, like Zealot author Reza Aslan, reported on the hilariously mundane. 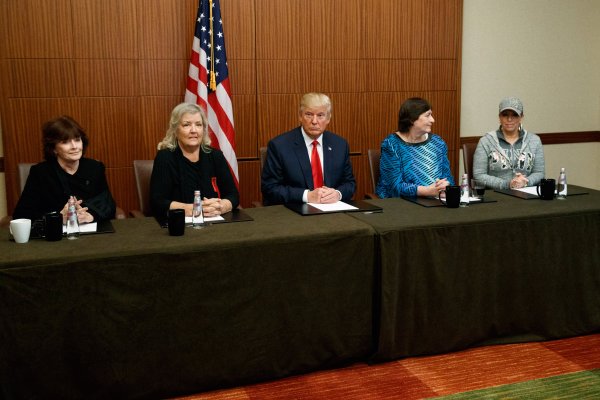