Hillary Clinton turned to Abraham Lincoln for her defense when asked about a damaging line from a speech she gave on Wall Street revealed by Wikileaks on Friday. And not just any Lincoln, but Steven Spielberg’s version.

At the second presidential debate, a questioner asked the Democratic nominee about a statement she had made about politicians sometimes having a private stance and a public stance on an issue.

In response, she said that she was referring to how Lincoln got the 13th Amendment abolishing slavery passed, as depicted in the 2012 Spielberg film Lincoln.

“And I was making the point that it is hard sometimes to get the Congress to do what you want to do and you have to keep working at it and yes, President Lincoln was trying to convince some people, he used some arguments, convincing other people, he used other arguments,” she said. “That was a great — I thought a great display of presidential leadership.”

The 13th Amendment, ratified in December of 1865, marked the formal end of slavery in the United States. “Neither slavery nor involuntary servitude, except as a punishment for crime whereof the party shall have been duly convicted, shall exist within the United States, or any place subject to their jurisdiction,” the amendment declares.

Though the ratification date coming after the end of the Civil War may make it seem that the amendment’s passage was a foregone conclusion, that was far from the case. In fact, the amendment was first debated about a year before Appomattox, and failed to pass the House of Representatives in 1864. Lincoln personally pushed for the Congress to reconsider as soon as possible.

In the book Lincoln and the Thirteenth Amendment, Christian G. Samito explains that legislators disagreed fiercely over the amendment: some feared that ending slavery before the war ended would discourage the South from surrendering, others worried that the amendment did not go far enough in defining rights for black Americans.

Some of Lincoln’s work to get the votes he needed took the form of small-scale political maneuvering—for example, Samito explains that there was an open seat for a judge position in Missouri, a state that was home to multiple congressmen who might be convinced, and that Lincoln did not announce whom he would appoint until after both of them had voted for the amendment—but there is one particular private/public difference to which Clinton was likely referring, based on the attention it received in the film.

That matter was the question of whether the amendment might derail a potential pre-abolition peace. The more likely peace seemed, the less likely it was that those on the fence would support the amendment. If peace seemed impossible, they were more likely to try support ending slavery as a wartime tactic, even if they were otherwise less firmly convinced that the end of slavery should be a priority.

In other words, Lincoln did not reveal everything publicly that he knew privately. So how would Lincoln respond to a question about whether that was an appropriate thing for a president to do? At least as depicted in the film cited by Clinton, he believed it was perfectly appropriate in the service of a cause as great as abolition.

“See what is before you! See the here and now!” the fictionalized Lincoln said, in the screenplay by Tony Kushner. “That’s the hardest thing, the only thing that accounts!” 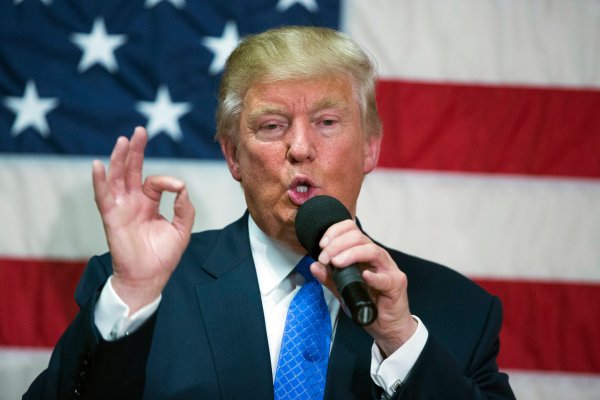 'Grab Them By The P- - -y' Proves Donald Trump Has Zero Respect for Women
Next Up: Editor's Pick