A Long Island Rail Road train carrying 600 passengers derailed east of New York City on Saturday night after colliding with part of a work train on an adjacent track. This incident comes 10 days after another commuter train crashed into a New Jersey terminal, leaving one person dead and more than 100 injured. Here’s what we know about this latest crash so far:

The eastbound train derailed east of New Hyde Park around 9:10 p.m., according to the Associated Press. A yellow maintenance train entered the space of the passenger train, causing it to come off the tracks and leaving “a splatter of yellow paint where the first collision occurred,” New York Gov. Andrew Cuomo said Saturday night at the scene of the incident.

The train came to a stop about 22 miles east of New York City in a remote area, the AP reported.

How many people were injured?

A total of 33 people were injured when the first three cars of the train derailed, CNN reported. Of those injured, 26 were passengers and seven were employees. Four people were seriously injured, though none had life-threatening injuries, Metropolitan Transportation Authority Chairman Tom Prendergast told reporters.

The National Transportation Safety Board has said it will investigate the incident.

In the wake of this incident and the recent crash in New Jersey, U.S. Sen Charles Schumer on Sunday said inward-facing cameras should be installed on all New York City metro area railroad systems, according to the Associated Press. He added that Amtrak has put cameras in all its Northeast Corridor trains and that he hopes more cameras would help prevent future crashes.

Will this affect trains running this week?

Service on the line where the incident took place was suspended in both directions on Sunday. But workers were trying to clear trains from the tracks so that other trains could run on them by Monday morning, Cuomo said. 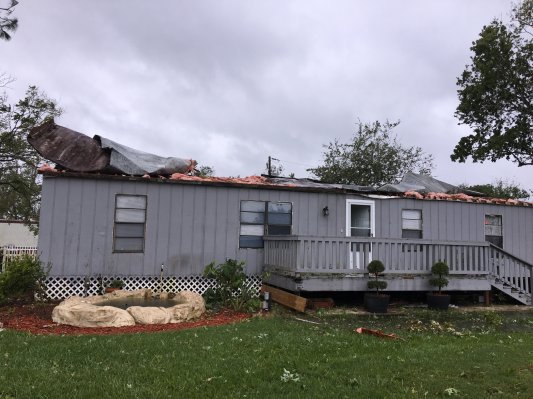 Hurricane Matthew Devastates Mobile Homes in Florida: 'We Just Didn't Know It Was This Bad'
Next Up: Editor's Pick